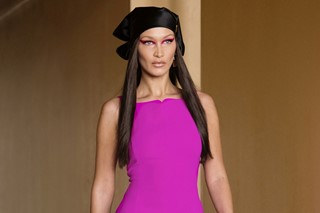 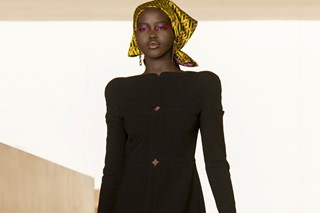 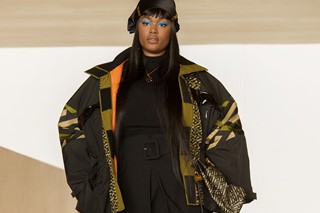 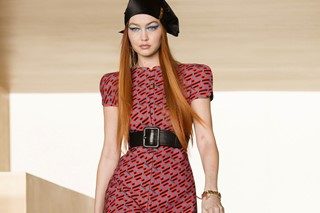 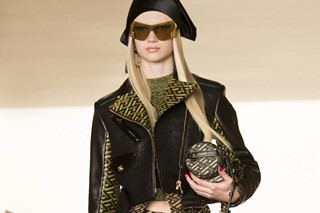 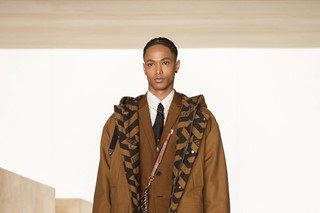 The year was 2001 and the British boyband, Blue, had just released their first single – “All Rise”. As the title track off their debut album, the song reached number four in the UK charts, with some international success by way of Hungary, Australia, and New Zealand.

“It was going really well for us,” said band member Antony Costa on a podcast last week, reflecting on the boyband’s entry into showbiz. So well, in fact, that Donatella Versace’s team got in touch with an exclusive invite to Milan Fashion Week. After all, the Italian label had always been hot on the heels of emerging talent – Gianni famously blurred the worlds of celebrity and fashion with shocking red carpet dresses, supermodel castings, and now, FROW appearances.

Joined by bandmates Simon, Lee, and Duncan, a giddy Costa was soon hurried into Versace’s Bond Street outpost, where the quartet’s v-necks and double denim fits were swapped out for Donatella’s fresh creations. The boys were, to put it lightly, delighted. “I had the leather pants and the leather jacket,” Costa recalls, “I thought I was the nuts.” Not long after, Blue hopped aboard one of Donatella’s private jets and landed directly on the front row of the Versace show.

Of course, Donatella, by now a big Blue fan, was eager to meet her VIP guests. And while they were a little surprised by the designer’s apparent fervour, the Versace clad members of Blue lined up backstage, ready to “meet the queen”. Only, things turned a little sour when Donatella actually laid eyes upon the boys. “We got pied,” Costa said, “pied, pied, pied, pied. Bosh. In our face”. Somewhat confused but thinking it standard of the frosty-faced fashion world, the boyband left unphased by Donatella’s lukewarm welcome and set off to enjoy their evening in the capital, anyway.

“I had the (Versace) leather pants and the leather jacket. I thought I was the nuts” – Antony Costa

Weeks later, it transpired that Donatella had actually asked for 90s Britpop sensations Blur, not Blue – whose schmaltzy ballads and synched choreo stood, almost offensively, in opposition to Blur’s alt-rock shoegazing. Safe to say, it explains the designer’s so-called “body language” on the day. Regardless of the gaffe, Costa does say he had a “lovely” time in Milan, all things considered. “We had a night out in Italy, we got kitted out in Versace gear, so I was sweet!”

Still, people were, quite rightly, pressed. Years later, in fact, Blur’s Alex James bumped into the Blue singer, calling him over with an “Oi you! You took our tickets”, to which Costa could only respond with “Mate, I didn’t know! It ain’t our fault!” Now more than twenty years on, it would appear that sorry truly does seem to be the hardest word.