The group is rebelling against the sport’s exclusionary image and opening it up to a new, diverse audience 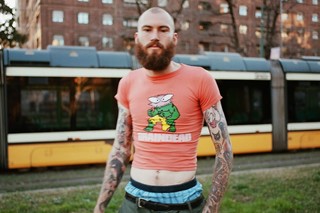 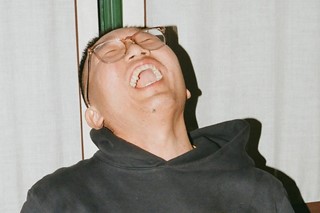 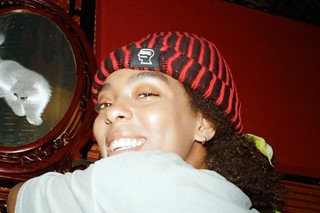 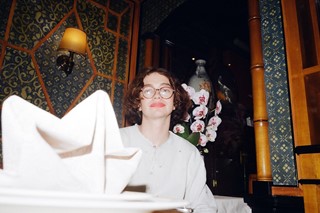 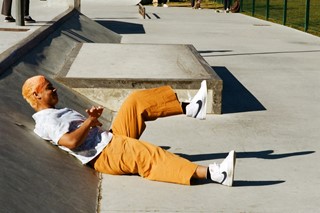 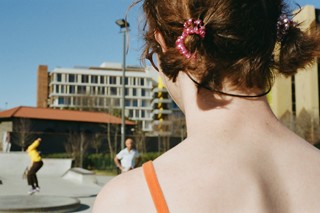 Skateboarding has long been a significantly exclusionary sport, primarily the hobby and profession of white, straight, cis men – meaning, perhaps unsurprisingly, that women, POC, and queer people with an interest in skating have largely been left on the sidelines. In recent years, however, its gates have sprung open, as female and queer-focused skate nights pop up and crews assemble all over the world, and people of different identities come together to support each other as they get involved.

Among them is THERE: an inclusive, West Coast-based skate team which aims to continue shifting the tide. Though it resists being labelled as an exclusively queer collective so as not to slap restrictions on what is meant to be a welcoming project, the group is made up of mostly womxn, queer, and trans skaters. Founded by Jeffrey Cheung, who previously formed queer skateboarding community project Unity with his partner Gabriel Ramirez, though their backgrounds and focuses may be different, the group is united by each member’s love of skateboarding.

Now, a new series and short film presented by Brain Dead and made possible by Slam Jam sees THERE’s members transported to Milan and captured during happier days before the coronavirus pandemic hit, in photographs that bring skating out into the sun.

Entitled Queer Skate: Milano and shot by Valentina de Zanche, under the current circumstances, with Italy in complete lockdown, seeing images of carefree people skateboarding in the shadows of the Duomo and sunbathing on the city’s piazzas is nothing short of gut-wrenching. But there’s also a sense of hope to them – because, as we all know, this won’t be our reality forever.

Here, we meet some of the inclusive collective’s members, who discuss their love of skating, their identities, and the ways in which the two are interlinked.

“I used to rollerblade as a kid. I lived about 45 minutes away from the skatepark, out in the woods, and we had about 15 feet of concrete in our driveway. I convinced my parents to get me a skateboard because rollerblading in the driveway wasn’t fun.

Skateboarding was a gate-kept counterculture for a while. It presented itself as progressive and different, while also excluding marginalised communities that didn’t align with the cool guy aesthetic. So maybe this project is a big fuck you to that ideology. Recently, skateboarding has progressed extensively. There is still a lot of work to be done, but in comparison to five or 10 years ago...skateboarding is in much better hands.

In terms of my identity and sexuality, I wasn’t openly queer in a time where I think I would have experienced exclusion. I blended in with the ‘boys’ for a long time, even when I came out, which gave me the privilege of not being excluded harshly. THERE isn’t exclusively queer, but a lot of us are. THERE isn’t about turning a profit. THERE is about creating something with a group of people who normally wouldn’t have fit the mould of industry skating standards while also throwing those standards in the trash and doing whatever we want.”

“The first time I got into skating was just watching my brother skate. This made me want to learn, maybe to prove I was cool or something. I quit for over four years because of having surgery on my leg and as the years passed I grew apart from it. Finding out about the queer skate community online and seeing unity definitely rekindled the spark and felt like I had a place again.

I had to re-learn how to skate around the time I came out. I was a beginner again and didn’t have much confidence in my skating or appearance. I really feared being made fun of so for a while I would only skate alone. Once I found some other women and queer friends to skate with and would go to park people would laugh at me, but I ignored it. As I got better at skating this didn’t happen much anymore because unfortunately there’s privilege in ‘being good’ in skating. Now I mostly only hear shit from people online.

THERE’s team is much more diverse than a typical skate team. I feel a deep bond with everyone in the team and it just feels like family. Jeff and Gabe are really good at bringing people together and making sure they feel heard and loved. THERE is providing a platform where we are able to represent ourselves. This amount of visibility is still very new and fresh, from what I see we’re just now figuring out who fucks with us and who doesn’t. There’s still a lot of work to be done, but I am happy the amount of representation and support from skating seems to be growing. Most importantly I’m happy that communities are forming online so we can support each other and people are forming events around the world to meetup.”

“Skating can be especially exclusionary for non cis straight men and queer and trans folks, but I’m noticing a shift in skateboarding culture in a lot of ways, which I’m happy about. I’m starting to see a little more support from mainstream skate companies which is great, but sometimes it's hard to know what their intentions are and if their support is genuine. That is a big reason why I started Unity Skateboarding, because there was no representation or space for us. It’s really amazing how having a supportive environment and community no matter how big or small can change so much.

I started skating when I was a teenager. I had a couple of close friends that I skated with but I skated a lot by myself. I stopped skating for 10 years and started again when I formed Unity Skateboarding in 2017. I started THERE more recently after doing Unity Skateboarding for a few years; after meeting so many amazing queer and trans skaters I wanted to start a project that is more of a conventional skateboard company with a team.”

Watch the film below.