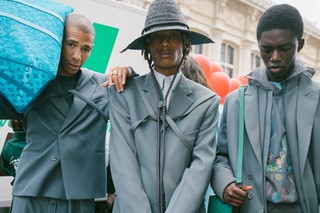 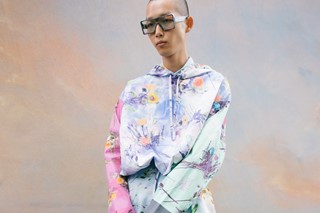 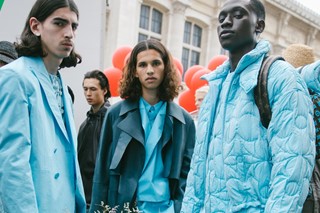 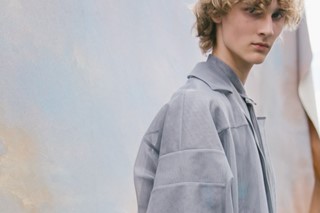 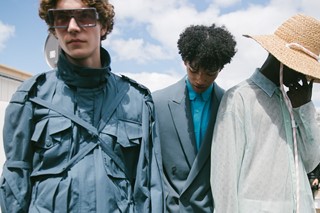 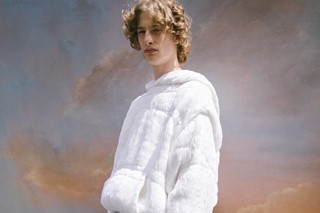 With the SS20 menswear shows well underway in Paris, today we move on to Louis Vuitton where Virgil Abloh presents his third collection since taking over the helm as menswear artistic director.

Here’s everything you need to know about his latest collection.

THE SET WAS A KID’S HAVEN

Taking over the French capital’s Place Dauphine, the set for the SS20 menswear show was an idyllic Parisian setting featuring crêpe stands, ice cream, balloons and bubbles. Guests took their seats with LV-monogrammed kites in hand at tables with LV-monogrammed ashtrays on them. At ‘Librarie Louis Vuitton’, a limited edition zine was handed out, and stalls around the runway provided balloon animals (not monogrammed, sadly). Oh, and there was a giant red LV bouncy castle too and yes, Virgil did have a go on it.

THERE WAS A STAR-STUDDED MODEL LINE-UP AGAIN

At his first LV show, Abloh enlisted the likes of Steve Lacy, Blondey McCoy, and Kid Cudi to take to the runway in his debut collection. How could he possibly top that? Today, he stepped things up a notch again calling up Dev Hynes, Keiynan Lonsdale, Delfin Finley, Evan Mock, and even footballer Hector Bellerin (read more on that here). Who’s next?

THE HARNESS IS BACK AND BETTER THAN EVER

In his short time at the helm of Louis Vuitton menswear, Abloh has already created signature pieces that identify his influence. If you had to pick one, though, it would be the harness. He’s worn them, Timothée Chalamet (and his puppet) have worn them – apparently, they’re not just for gay bears now. This season, the harness got an update, coming down the runway covered in blooming flowers. Perfect for anyone trying to show their masc and femme sides in equal measure. The question now is: who will be the first to take one for a test drive on the red carpet? Stay tuned.

The collection’s notes referred to the stages of boyhood and how young men interact with clothing before they’re influenced by society’s gender conventions. With that in mind, following on from last season’s pleated maxi skirts, there were even more skirts for SS20. This time, they appeared with floral prints or in culotte form.

INFLATABLE BAGS ARE ABOUT TO BLOW UP

Last season, the new It bag for men was a trunk with fibre optic lighting that made the rainbow-coloured monogram glow in the dark. Cast that out of your mind immediately, because there’s an even newer accessory you’ll desperately want to get your hands as of now. This season saw Abloh develop a number of bags in ultra-thin nylon, which were inflated before being strapped to models and sent down the runway. After blow-up fashions turned up at both Central Saint Martins’ and Westminster’s graduate shows, we’re sensing a theme…