Drawing on everything from the global climate crisis and the London drill scene, through to Brexit and the body positivity movement, the Royal College of Art Class of 2019 presented a diverse series of collections 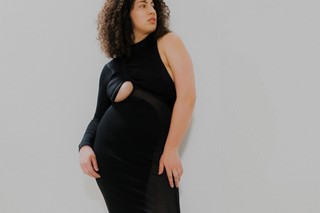 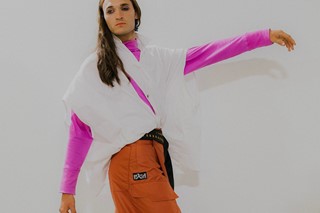 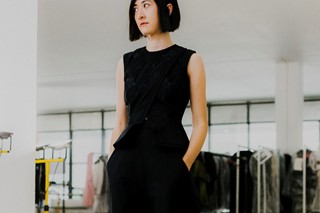 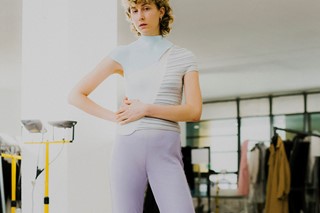 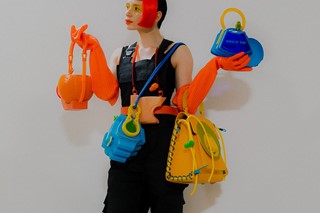 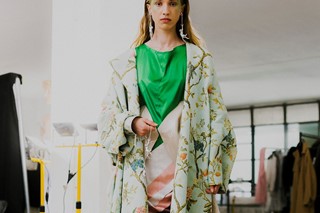 From blow-up balloon dresses and elves, to wearable tech and ‘cyber biker rebels’, over the course of the last few weeks students from schools including Central Saint Martins, Westminster University, and the London College of Fashion have been sending their final collections down the runway as they prepare to fly the nest and make it in the industry for real.

On Friday evening, sandwiched between Kiko Kostadinov’s SS20 show and his subsequent abandoned warehouse rave in Tottenham, the fashion press made their way to Mayfair to take in one of the most anticipated presentations of the season: the Royal College of Art’s MA show All At Once, where the Class of 2019 were getting set to put what they’d been working on for the last year out into the world.

Diverting from the typical catwalk format, instead, models in the students’ collections mingled in with the crowd, stopping amongst them at different points to allow them a closer look at the craftsmanship that went into each piece. In typically avant-garde fashion, the soon-to-be-graduates explored identity, gender, politics, and the body, drawing inspiration from a wide range of topics.

Brazilian designer (and CSM grad) Karoline Vitto Gomes explored body image with a sensual collection that highlighted the areas women are often quick to hide, including the rolls of flesh to the back and the bulges which appear over the top of a waistband, while Lucy Barlow’s offering Life Saver featured hats which doubled as life jackets and sleeping bags, as she imagined what the uniform of the people made homeless due to climate change might look like. Drawing on the Jamaican dancehall scene of the 1980s, each featured earflaps through which music could be played: “When all else fails, block out the noise of the world and lift one’s spirits with reggae,” she explained of the idea.

Elswehere, under her label name Abbild, Célia Fröhlich opened a Poundshop-esque EU-centric pop-up store, where attendees could actually buy EU-related goods including helium balloons featuring Theresa May and the EU flag, Boris Johnson masks, and Angela Merkel-emblazoned slogan t-shirts which called for open borders and an end to Brexit madness. Hailing from Germany, the graduate explained she had come up with the concept when considering what the future might hold for her as a foreign national when Brexit does or doesn’t come to pass on October 31.

Tendai Motiwa, meanwhile, used his experience and understanding of the London grime and drill subcultures to inform a collection which explored the sensational headlines, politics, and culture that surround the scene, with oversized outerwear, bucket hats, and masks all featuring heavily. Explaining how the culture itself is, for the most part, seen in a negative way, Motiwa hopes to use his practice within fashion to open up conversations when it comes to issues which affect a huge amount of young people and their lives.

Take a look at the full gallery above.