The designer drew inspiration from radical artist Salvia, who created a series of prosthetic looks for his AW19 show 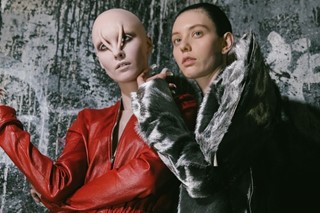 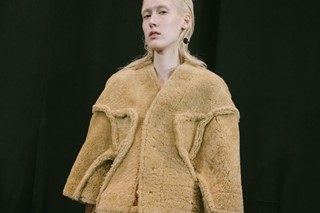 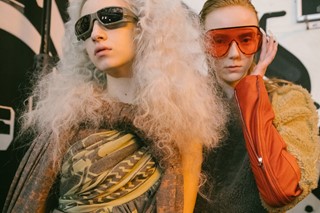 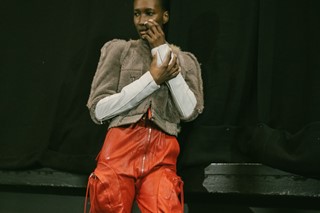 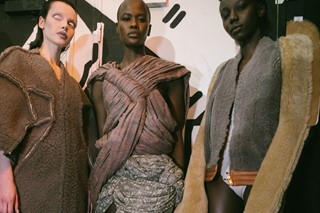 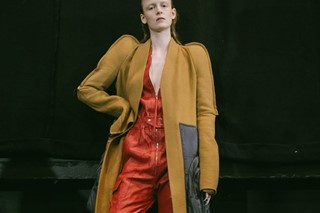 It’s day 6,478 of the AW19 fashion season and, with shows from the likes of Marine Serre, Saint Laurent, and Jacquemus under our belts, today it’s time for Rick Owens to show us what he’s been working on the last few months. As ever, here’s everything you need to know.

MICHELE LAMY WAS ON THE SOUNDTRACK

Following soundtracks from the likes of Tommy Cash and Ic3peak over the course of the last few seasons, this time around Owens enlisted Lavascar, the band made up of wife Michele Lamy, stepdaughter Scarlett Rouge, and Nico Vascellari to provide the music for the AW19 show. Throughout the track, Lamy recited words written by Lebanese-American poet and visual artist Etel Adnan.

At last month’s men’s show, Owens cited legendary (but largely forgotten) designer Larry Legaspi and his 70s glam rock creations for the likes of Kiss, Patti LaBelle, and Grace Jones as a huge inspiration – not just on that particular collection, but on his design practice as a whole. Today’s womenswear show continued in the same vein, with Owens also mentioning another NYC-based designer, Charles James, as in influence for AW19.

THE MODELS WERE EVEN MORE OTHERWORLDLY THAN USUAL

While Rick Owens’ line-ups are always full of unique individuals that challenge traditional notions of beauty, this time around they were even more unconventional than ever – thanks to the use of some serious prosthetics. Models’ faces had been distorted (or perhaps evolved) with the addition of horns, prominent brows, cheek implants, and black alien-like contact lenses, as inspired and directed by performance and make-up artist Salvia. In his shownotes, Owens’ declared body modification the new tattoos. You heard it here first.

THE COLLECTION ITSELF CHANNELLED GLAM ROCK

Following on from the menswear show, at which sleazy black leather was offset by lightning bolts and heavy platform boots, for AW19 the womenswear continued in a similar direction. Silver leather jackets were slung over draped jersey dresses and open tank tops in a palette of black (obvs), red, and fuchsia, while many models wore sharp ‘Bauhaus-shouldered’ tailored jackets. There were also a series of prints which Owens had pulled from Spanish designer Mariano Fortuny’s archives which were littered throughout the collection.

THE BIG BAD VS. SMALL BAG WAR RAGES ON

Just a couple of days after Jacquemus sent what was perhaps the tiniest bag to ever grace fashion week out onto his AW19 runway, this afternoon, Owens offered an alternative, presenting a series of massive backpacks that wound around models’ bodies, as well as leather pouches which were strung around their torso. Also back were the huge red and yellow shield glasses, as well as the cheap, gift-store bought snowboarding shades the designer knocked off as part of his menswear collection last month.