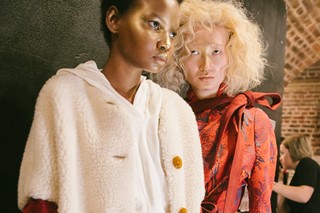 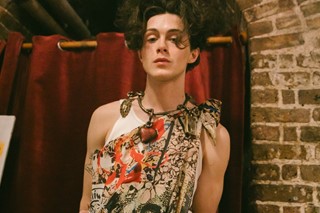 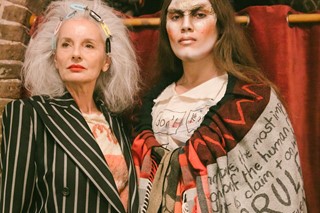 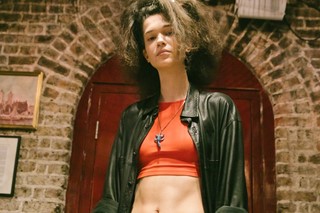 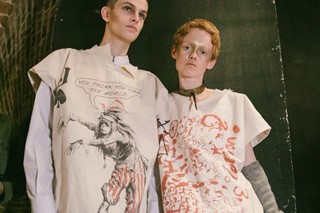 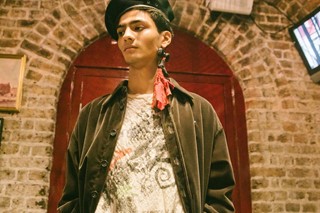 It’s been a big week when it comes to taking action against climate change, as kids around the country skipped school to protest the British government’s failure to take the issue seriously enough on Friday, and radical activist group Extinction Rebellion blocked roads outside a number of London Fashion Week shows in a bid to draw attention to what is fast becoming a global emergency.

Also taking action was Vivienne Westwood, who just staged a runway show slash theatrical performance in Westminster: a stone’s throw away from where the biggest decisions regarding the future of our planet are currently being made.

Well known for her work to highlight environmental issues (take that time she danced to Abba outside a proposed fracking site in Preston last year for instance), this time around the legendary designer sent a diverse cast of models out onto the runway wearing pieces emblazoned with confronting slogans including ‘buy less’ and ‘democracy heroes’.

Among the models were Westwood muse Sara Stockbridge, designer Daniel Lismore, and Rose McGowan, who wore a one-of-a-kind knitted sweater and a neon paper halo on which ‘angel’ had been written. Along with the others who appeared in the show, McGowan took a moment to stop in the middle of the runway and deliver a series of powerful, dramatic statements. “The earth will warm five degrees, and if you draw a line under Paris, from there it will be unliveable,” explained one model, while another outlined that, by the end of this century “one billion people will be gone… The scientists know this will happen, they just don’t know when.” There was also an announcement that Westwood is set to curate an exhibition which will help to raise £100m for charity.

Later, the UK director of Greenpeace, environmentalist John Sauven took to the stage to deliver a rallying call to arms, intended to stir the audience (and beyond) into action, before Westwood herself emerged from backstage and closed the show by skipping around the stage with the models and singing a v enthusiastic, if slightly off-key song – in a joyful moment that seemed to demonstrate that she still had hope for both the planet and humanity.

Watch the finale below and head to Vivienne Westwood's IG to see the full show.