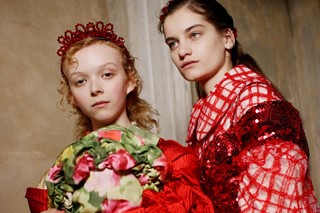 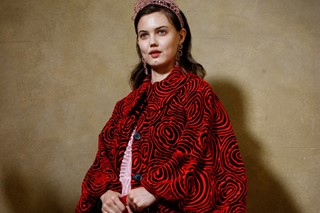 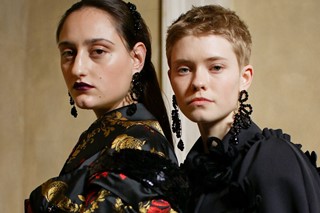 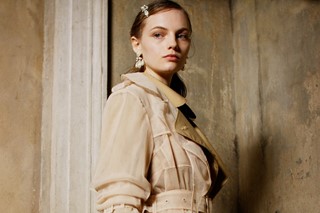 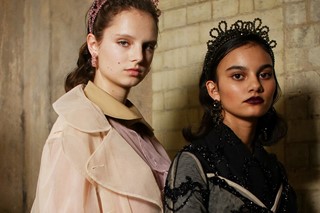 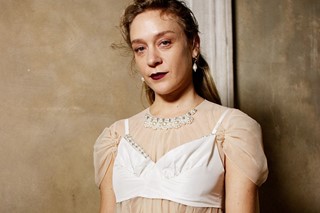 Among the line-up of models like Sara Grace Wallerstedt, Adut Akech, and Giselle Norman, Chloë Sevigny also walked appearing in a white satin dress interspersed with sheer pink tulle peekaboos. Elsewhere, Lily Cole also walked – her first appearance on the runway since 2013 at Vivienne Westwood’s SS14 show, after leaving fashion to pursue a career in film. If that wasn’t enough to have you screaming, iconic faces like 90s model Kirsten Owen and Prada/Miu Miu fave Lindsey Wixson also starred.

“All of these women are nearly all personal friends, so Lily Cole and Chloë are friends who are really wonderful, inspiring writers and directors in their own rights,” Rocha explained backstage. “I said ‘I’m doing a collection that’s all about intimacy, would you be interested?’ and they said they’d love to.”

Aside from intimacy, the collection paid homage to Louise Bourgeois, with Rocha using archive prints contributed by the late artist’s foundation. Manipulating them and taking inspiration from phallic-shaped sculptures Bourgeois created, this manifested itself in the form of bags that looked like bulbous coin purses.

Head to the gallery above for more backstage images from the show.