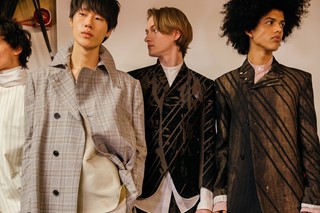 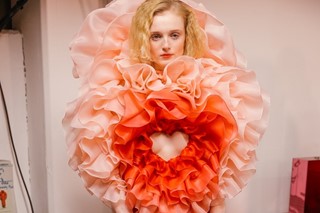 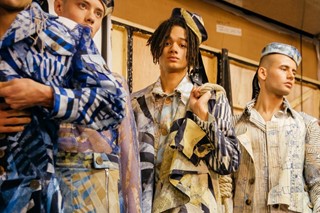 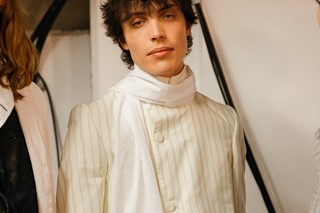 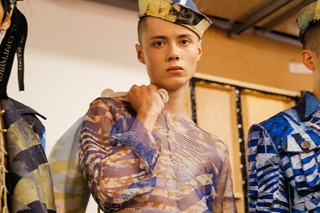 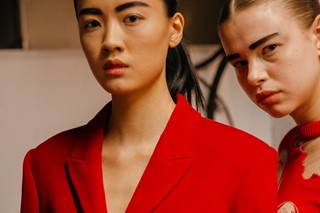 Westminster’s BA graduate show is still the only one of its kind on the LFW schedule, but season on season it continues to demonstrate exactly why it deserves its spot there. Much like the Central Saint Martins and LCF presentations which also took place this weekend, the Westminster Class of 2019 sent an eclectic mix of collections out onto the runway.

But while the students for the most part drew from wildly different areas of interest, there were also a number underlying common themes that ran throughout much of the show, as many of those showing explored sexuality and fetishes, while simultaneously subverting traditional notions of gender within their wildly imaginative collections.

First out on the catwalk was Georgia Fallon’s Dyke Sport: a bold collection of pink and yellow sportswear inspired by the professional athletic garments worn by female cycling champions and lesbian fetish wear. The collection was made up of a series of functional, form-fitting looks emblazoned with graphics and text that had been “scanned and distorted and blurred into hallucination and dreamscape” according to Fallon. At the tail end of the collection there also came a laser-cut shattered acrylic dress bearing the same prints, which tied in with massive red sunglasses and a transparent briefcase in the same shade, which was reminiscent of Shayne Oliver’s lucite offering for Helmut Lang. Overall, Fallon called the collection “a love letter to my younger self on the beauty and fierceness of lesbian culture.”

As part of her final project, designer Melissa Eakin looked to her grandfather, Perfecto, for inspiration. “He was an eccentric Guatemalan cowboy,” she says. “He was obsessed with everything Western, wore big clunky cowboy boots, would stick big plastic horses on his belt buckles, glue silver hardware into his jackets, and mismatched everything.” The Western-themed collection, incorporated red and blue snakeskin motifs, cow print chaps, and cowboy hats, as well as warped sombreros made in collaboration with a traditional Guatemalan hat maker. An 80s bikini body theme that Eakin is also exploring in her work as a painter adds to the layering aspect of the collection, with beachwear shapes and graphics worked throughout.