The progressive line is designed for gay, straight, and non-binary couples, and single people looking to demonstrate some self love 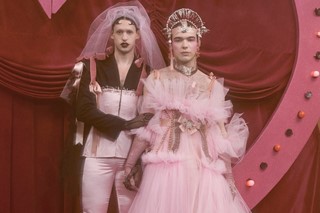 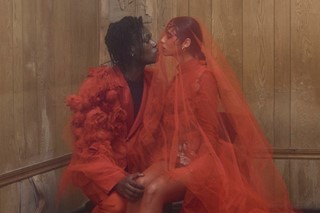 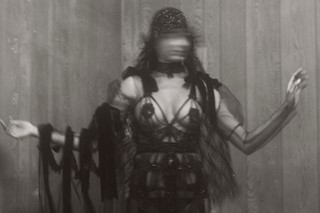 Building on her dark aesthetic, the Turkish designer stepped away from the idea of the virginal white wedding dress to create a collection of off-kilter gowns for women and men. “There haven’t been any other brands that consider same-sex marriages when designing wedding lines,” the designer tells us. “I wanted to change how limited wedding traditions have been in the past and be more inclusive.”

Entitled Die For Love, the bridal collection is a way to break the rules and includes not only straight couples, but gay and lesbian ones too, as well as something for the single woman. Why? “In our modern world self-love is often overlooked,” she says. “Being inclusive of all types of people is vital to me when casting or designing.”

“There haven’t been any other brands that consider same-sex marriages when designing wedding lines. I wanted to change how limited wedding traditions have been in the past and be more inclusive” – Dilara Findikoglu

The designer wasn’t content with only being inclusive with her collection, though – it’s sustainable too. Central to the offering is an upcycling element, seen via the vintage pieces Findikoglu sourced and leftover fabrics she used from previous collections. It’s a new direction the designer is keen to head in. “I have been collecting historical garments and materials for years now. Going forward, I would like to use more upcycled and sustainable fabrics in my collection – this is a very important step I want to take within my brand.”

Watch the Nowness video below.