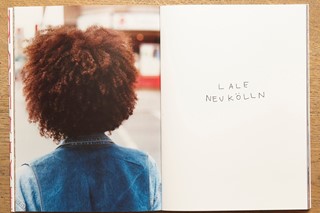 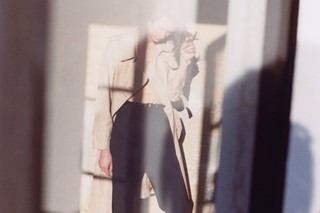 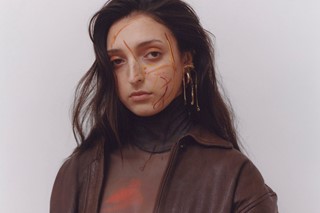 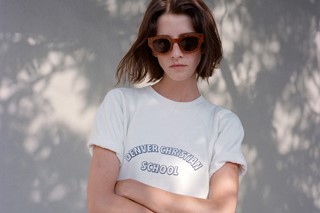 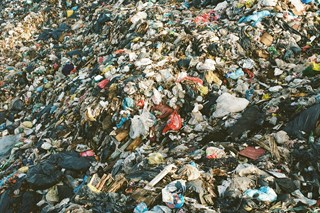 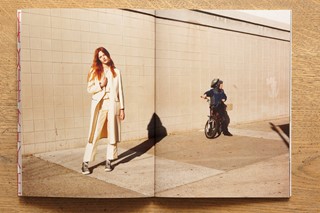 Born of a love for pre-owned clothing, new exhibition Thrift uses a selection of images to celebrate resourcefulness over wastefulness. As part of a project by London-based photographer Will Grundy and stylist Beatriz Maués, Thrift champions vintage shopping over fast-fashion and promotes sustainability through the medium of a unique accompanying picture book.

Boasting of an array of one-of-a-kind pieces sourced from vintage shops or loaned from archive collections, Thrift encourages the viewer to take a more informed approach when considering their personal consumption of fashion. It’s not trying to be another nostalgic nod to the past: instead, it stems “from a desire to do something that didn’t involve seasonal fashion. And to look at vintage outside of the ‘retro’ context it normally gets put in,” Grundy explains. Maués adds that the process was as raw as the publication’s content, stating that “it all happened organically, we did not have a plan. The first shoot came from a desire to collaborate and the idea of combining fashion, photography and travel seemed utopian which led to revisiting it from time to time.”

Featuring fresh-faced models and filled with contrasting street shots in London, Berlin, and New York, the publication achieved its effortless aesthetic primarily through travel and the diversity of the people included. Candid images of youths dressed in timeless Levi’s denim and graphic tees reading “there is nothing so stable as change” is telling of Thrift’s ethos and clearly depicts the message that Grundy and Maués wanted to voice.

Both the book and the exhibition includes images of the sculptural realisations of the clothes featured. Effectively, alongside the beauty is a conflicting collection of photographs and a short film focusing on the world’s largest landfill site, Lixăo da Estrutural in the city of Brasília in Brazil. The biggest in South America, prior to its closure at the start of the year, its workers would process around 1,000 tonnes of garbage daily. Capturing the sheer expanse of the dump of a city of nearly three million people, the six-minute video accentuates the ugly truth of consumerism by transporting the viewer to its limit.

“Buy good things and take care of them. Get out there and do it, whatever it is you do. How we deal with the world in 2018 is a ethical minefield but just don’t go out and burn tyres and try not to exploit people” – Will Grundy

By placing contrary ideas that ultimately complement each other within the same realm, Maués thinks that Thrift promotes sustainable living through the use of shocking imagery. She describes shooting at Lixăo as “challenging and awakening. It made me think of how I can easily focus on what I need and ignore what I don’t.” Reducing waste isn’t something that the pair have always been interested in, but they can agree on the importance of exercising less harmful habits and are advocates for buying items that last. Grundy explains that “the book is a celebration of reusing clothes and the landfill pictures seemed like a great illustration of the opposite.”

Thrift isn’t a shouty save the planet campaign, but rather a deftly put together selection of capsule-minded pieces. In Grundy’s words, “buy good things and take care of them. Get out there and do it, whatever it is you do. How we deal with the world in 2018 is an ethical minefield but just don’t go out and burn tyres and try not to exploit people.”