“I am immensely proud to have been able to put my creativity at the service of this house with an exceptional knowhow, while working with a passionate team. I thank them for their commitment,” Ackermann told WWD following his departure. Now, just four days later, and after much speculation, Van Assche will be the house’s new artistic director.

“I have always wanted to build bridges between the savoir-faire, the heritage of a house and my clear-cut contemporary vision,” Van Assche told WWD. “It is with great pleasure that I accept this new challenge which fits perfectly with my own will and vision.”

Unlike some of his recently announced peers – among them Kim Jones (who replaced the Belgian designer at Dior Homme) and Virgil Abloh (who replaced Jones at Louis Vuitton, confusing right?) – his debut collection for the house will not be presented until next January during the AW19 menswear shows. Before that, Van Assche’s mentor, Hedi Slimane, will present his first collection at the helm of Céline. So, lots to look forward to. 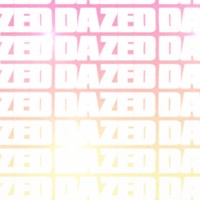