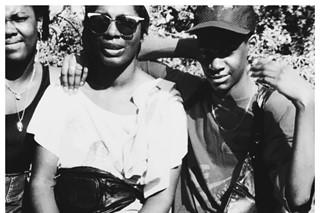 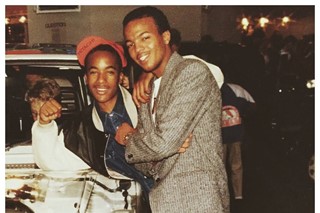 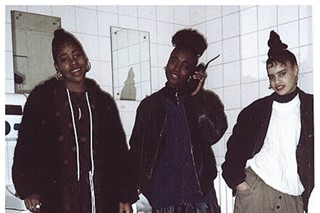 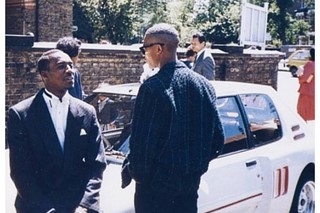 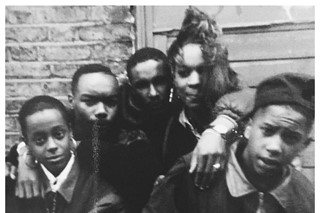 @ruffnecksrudeboysrollups is the Instagram account representing London’s streetwear stars – the original trendsetters and sneaker collectors – long before the dirty word ‘influencer’ became a thing. Describing her account as a “quintessential guide to the origins of London street culture”, writer and curator Angela Phillips is the woman taking us on a trip down memory lane via her throwback Instagram account.

Despite chronicling London street style from 1988 to the early 2000s, @ruffnecksrudeboysrollups isn’t doing nostalgia for nostalgia's sake. It’s more of a history lesson – a vehicle through which to educate people about all things street culture, and its origins and influences.

“I love hearing the stories of what people were wearing back in the day and how it related to various cliques,” explains Angela. “The brands, raves and experiences are all elements of the culture, especially black British style in particular.” When it comes to the aforementioned brands, each is synonymous with a pivotal moment that people who lived through the era will most definitely remember, whether that be Chipie’s urban casuals, an original Calvin Klein Jeans sweatshirt, a piece of Versace’s famed Medusa detailed gold jewellery, or a pair of printed Franco-era Moschino jeans. In other words, Angela wants to evoke the unique memories that people associate with such clothes.

Including images shot by culture aficionados Mark Alesky, Ewen Spencer, and Liz Johnson-Artur alongside those lensed by unknown documentarians and accompanying personal accounts, we caught up with Angela as she told us more about @ruffnecksrudeboysrollups...

What made you start @ruffnecksrudeboysrollups?

@ruffnecksrudeboysrollups: In 2015, I started archiving and displaying photographs after observing a growing trend in brand nostalgia. After numerous conversations with friends, where we reminisced and looked back through old photo albums, I decided that I wanted to curate an exhibition and create a page where individuals could submit images too. I love hearing the stories of what people were wearing back in the day and how it related to various cliques. The brands, raves, and experiences are all elements of the culture, especially black British style in particular.

@ruffnecksrudeboysrollups: I’m always looking for photos from 88 – early 2000s that capture something a little special. The images should ideally feature specific brands from a pivotal era that people will remember, whether it’s your brother in a Click suit and Bally boots or your older sister in that Versace bomber on her way to the garage rave. I want the images to evoke unique memories. I want people to say, “Do you remember these?”

What is it that fascinates you about London style during this time period?

@ruffnecksrudeboysrollups: We all love a bit of nostalgia. But I also see it as a history lesson. A lot of people are unaware of the origins of this thing we now call street culture. It wasn’t identified by name. We just wore what we wore and wore it well! We didn’t necessarily think about it developing into the lucrative business that it is today, especially for the resellers. Many of us can recall older siblings or uncles who would wear brands such as Chipie, Chevignon and later Versace, Moschino and Iceberg. We can tell the stories of when we first saved enough money to be able to afford our first pair of Nike Air Maxes.

Where do you source them?

@ruffnecksrudeboysrollups: I constantly get tagged in throwback photos or people generally send them over. The support for Ruffnecks, Rudeboys & Roll-ups and what I’m trying to create has been amazing. Essentially, I want it to grow into a massive archive of images.

What do your references reveal about you?

@ruffnecksrudeboysrollups: That I have a genuine passion for preserving the culture. I love discovering hidden gems like a pair of kicks or an item of clothing that I remember collecting as a teen.

Who are your favourite photographers who documented this period?

@ruffnecksrudeboysrollups: Mark Alesky, Ewen Spencer, and Liz Johnson-Artur have some amazing images. But what has also struck me is the amount of organic amateur shots that have been submitted for the page. We didn’t document what we wore as much as we do now. So it’s beautiful to see.

@ruffnecksrudeboysrollups: On a couple of occasions the page has actually connected old friends. People have tagged one another in photos and conversations and links have been made.

What are your favourite archive fashion moments?

@ruffnecksrudeboysrollups: Seeing Neneh Cherry’s “Manchild” video for the first time. Watching episodes of Dance Energy on BBC 2 to see what people were rocking. The Face ‘Ruder than the Rest’ issue in March 1991 detailing the Chipie trend, my older brother used to collect issues of The Face, Arena and Sky magazine and I would endlessly trawl through those as a child. It’s also great to see brands embracing 90s street culture. I’m loving Burberry and Iceberg’s most recent collections.