A reimagining of Alice in Wonderland, it features a stellar cast including Naomi Campbell, Whoopi Goldberg, RuPaul and Puff Daddy 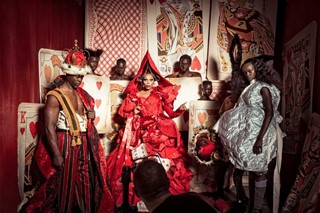 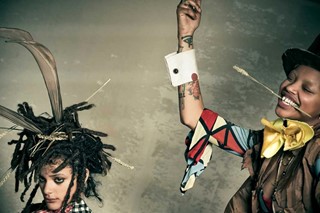 Fans of the Pirelli Calendar will be pleased to hear that the wait is finally over. Following the announcement earlier this year that Tim Walker would photograph the 2018 edition, the images are here – and they are certainly worth the wait.

Known for his out-of-this-world and often fairytale inspired style of photography, the images are a twisted take on Alice in Wonderland, inspired by John Tenniel’s illustrations for Lewis Carroll’s original book. Styled by British Vogue’s new editor-in-chief Edward Enninful, the calendar features a stellar all-black cast. Walker’s reasoning behind the concept was simple: “Any girl should be able to have their own fairytale.”

Literally the definition of #BlackExcellence, it features a seemingly never-ending list of creatives from all walks of life including Naomi Campbell, RuPaul, Whoopi Goldberg, Adwoa Aboah, Lupita Nyong’o, King Owusu, Alpha Dia and even Puff Daddy. The concept isn’t new for Pirelli, previously using an all-black cast for its 1987 edition – but like most earlier editions, the images were very different.

In recent years the calendar has distanced itself from the nude and sexually charged images that dominated from the first edition in 1964. Peter Lindbergh’s 2017 calendar that featured the likes of Uma Thurman, Charlotte Rampling and Julianne Moore was released completely unretouched. The year before, Annie Leibovitz switched models for Yoko Ono, Tavi Gevinson and Amy Schumer shot naturally in a studio setting.

While to most the images are breathtakingly beautiful, the more cynical will note that the man behind the camera is, in fact, white – the sad reality being that it’s challenging to name even one superstar black fashion photographer. More positively, if this is a taste of what British Vogue will be like with Enninful at the helm, then we can only hope it is a step towards a more diverse fashion industry.