Collaborating with Ruth Ossai and Ib Kamara, Mowalola Ogunlesi tells us more about her first collection 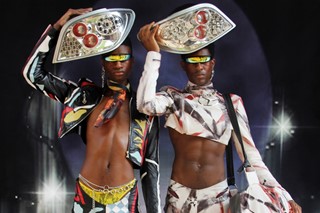 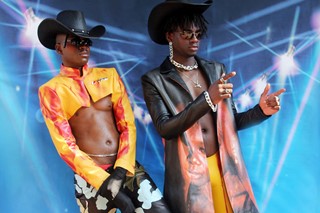 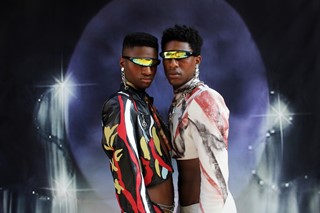 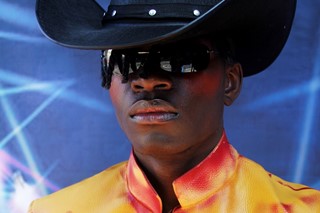 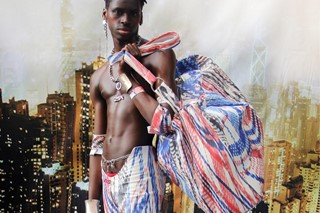 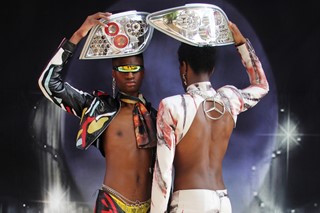 While Mowalola Ogunlesi might not be a name you instantly recognise, it should definitely be one you keep an eye out for. Fresh from her runway debut as part of the Central Saint Martins graduate show, the young designer has released a lookbook detailing the collection in full.

The images were photographed by Ruth Ossai and styled by Ib Kamara, a pair whose work Ogunlesi describes as “unapologetically black”. Connecting with Ossai through Instagram and with Kamara at a nightclub in Dalston, the three decided to collaborate. “It was more like a celebration of who we are rather than a photo shoot,” explained Ogunlesi. “We had Nigerian music playing and my parents brought some Jollof rice to keep us going.”

Heritage is an integral part of the designer’s work, a proud Nigerian who grew up in Lagos where there is a strong sense of community. “I felt really connected to everyone around me, regardless of whether or not we are blood relatives,” she says – a sense of community she hopes people can experience through her work. Beyond the people, the music scene in her home country was also a huge contributing source of inspiration. Nigerian psychedelic rock from the 70s and 80s was a key reference.

As well as partly lending its name to the collection, which is called Psychedelic, it was important to Ogunlesi to imbue the clothes with the genre’s energy. It even extended to the models: “The designs and the boys that I cast for the show encompass the spirit of this music. It’s a celebration of the black African male: his culture, sexuality, and desires.” Sexuality was present in buckets, from the oiled up six-packs almost all of the models were sporting to the lacy lingerie that peeks out of the leather trousers they were wearing.

For those wondering why the models in the lookbook are carrying giant headlights, they are Ogunlesi’s way of paying homage to the wild transportation of Okadas (bikers) and Danfos (buses) in Lagos. “They have the most amazing graffiti, they are covered head to toe in stickers and misspelled English phrases, bringing you pure comedy on the streets.”

At CSM, Ogunlesi says the most important thing she learned was “never to be complacent, but to question everything” – an attitude that will surely mean you’ll be seeing a lot more from her.