Teaming up once more with David LaChapelle, the Italian brand put forward a message of love and unity 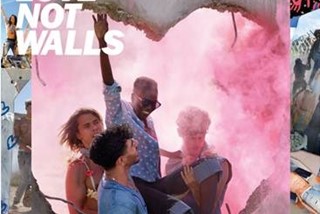 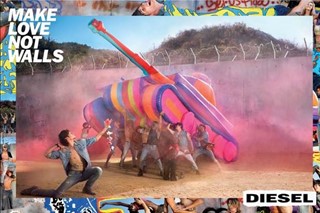 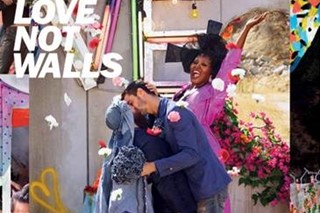 With Nike announcing their ‘Equality’ campaign earlier this week, it seems that brands are set on using the power of their platforms to challenge the world’s division. Yesterday, Diesel premiered their new campaign ‘#makelovenotwalls’, directed by esteemed fashion photographer David LaChapelle. The campaign focuses on breaking the barriers that divide us, with the metaphoric wall becoming literal as models leap across to each other.

The debuting of such a powerful message comes at a time where many of us are questioning, quite frankly, just what the hell is going on in the world. Without dwelling too much on Trump and his proposed wall, we can all afford to be reminded of the importance of loving one another while aiming to banish hate and discrimination. Artistic director Nicola Formichetti explains: “At Diesel, we have a strong position against hate and more than ever we want the world to know that.”

Of course, Diesel has a track record of producing compelling advertising that acts as a commentary on our times. Back in 1995, LaChapelle lensed a campaign featuring two sailors kissing, completely disregarding the inevitable controversy in favour of committing to equal rights.

The rainbow-coloured inflatable tank featured in the ad will appear in London today, then making its way around Milan, Shanghai, New York, Berlin and Tokyo with the hope of communicating this message across the world. For Formichetti, “Love and togetherness is crucial in creating a society we all want to live in, and the future we all deserve.” If only the 45th President thought the same…