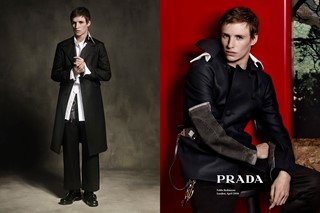 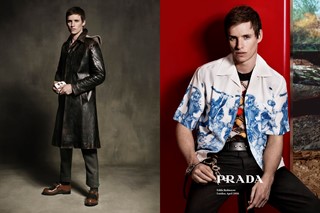 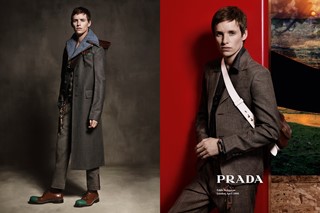 “(The collection) was like an excursion through history to find the moments that were heroic, passionate, difficult, to reflect what happened in history to see if we have something to learn about what’s happening now,” explained Miuccia Prada, speaking backstage at the show.

With this in mind, the actor was the natural choice – “Redmayne is no stranger to immersing himself in historically significant characters,” reads the press release. “(He), here, assumes a number of roles: hero, villain, revolutionary.”

Head here to read more about the collection, and to the gallery above to see the full campaign.