They skate, they model, they make music, they design clothes – Ian Kenneth Bird turns the camera on a community of teens and young men who evade definition 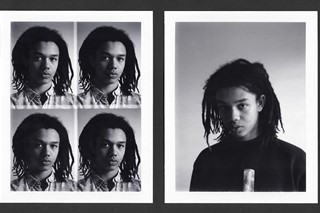 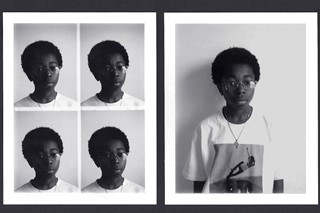 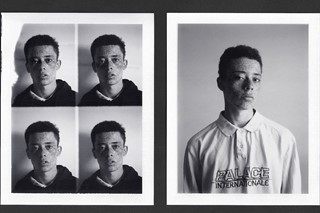 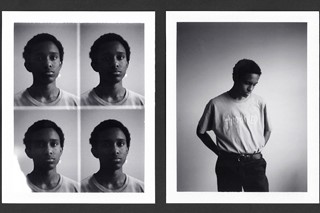 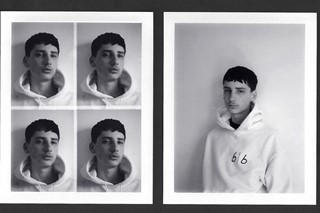 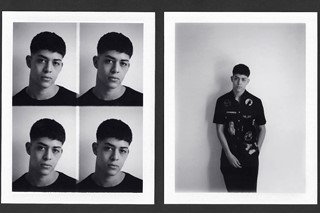 This feature is part of a series on menswear and men’s style that we are running to coincide with the men’s shows in London, Florence, Milan and Paris. Stay up to date with our latest posts here.

Today, London Collections: Men kicks off in the capital, with international press flooding to the city to attend shows and presentations from a long list of designers. But despite its prestigious reputation, it’s not unfair to say that for teens and young men, their style isn’t really to be found at the shows. Coming into fashion through skating (where some of them were street cast and signed to modelling agencies) the way they dress is more rooted in subculture; they might shop at Palace today – but because it’s been authentically born of London’s skate scene, not because of its newfound hype.

“I was interested in young creatives working in London in their own way,” says photographer Ian Kenneth Bird of the series, which captures a diverse group of men who work across artistic disciplines (sometimes once they’ve finished their homework). “Most of them don't have a formal education or assisting experience but are shooting, styling, producing and generally creating work off their own backs. This project allowed me to meet and photograph each person while also finding out more about what they do.”

Met them below – and hear their take on creativity, fashion and why they don’t dress for ‘likes’.

“I started designing to firstly cure boredom and to warm me up creatively for my future plans. It helps me get organised and think of new ideas which will definitely benefit me when I start creating films, books and other world-takeover schemes. Modelling isn’t a thing which I really do for the love of it, to me it’s a gain in money and connections which will help me to do things I actually want to do. The most important things in my life right now are The Sopranos, Hunter S. Thompson, being alive, women, my family and my motivation. All because these things make me happy.”

“My mum used to be a model and I always liked glancing through some of her pictures, I found it fascinating how someone could take an ordinary picture and turn that into something so unique and beautiful. I tried modelling, but I knew it wasn’t my thing, so I asked a few photographers for camera recommendations and purchased my first film camera last September. From then on I’ve never gone out on the weekend without it by my side. Having followers on Instagram can be cool, but I don’t believe you should let Instagram judge your popularity. I don’t believe that some people should be honored and looked up to as a higher being because of a few digits displayed on an app.”

“I enjoy skateboarding and modelling from time to time. It was really through skating that my attention was turned towards the fashion and modelling industries with which it is so closely associated. In the future I plan to keep skating and doing what I do and take the opportunities that come with it. I think that people my age are heavily influenced by the current ’hype’ and what fashion icons are wearing. People seem to buy an item of clothing, take a picture for Instagram and sell; almost as if they dress for social media attention. I’d still be doing what I do regardless of whether I had one follower or one million.”

“I’m a singer songwriter and I play mainly electric guitar. My mum taught me how to play bar chords, since then I’ve got way better than her, she plays the fiddle and sings in an anti-pharmaceutical drugs band. Fashion’s always gone along hand in hand with my music. The first real foot in the door I got was from Charlotte Roberts from Mushpit magazine, she cast me as an extra for a Frank Ocean music video last summer where I met Jordan and which led to us being streetcast to do the AW16 campaign for Topman. I have no interest in hype, however I’m a skateboarder so I guess I’ve been dumped into it. All these skate clothes people are wearing nowadays is pretty jokes to see. I remember when the Nike Janoski came out – now everyone wears them but they don’t know who Stefan is!”

“As far as modeling goes I just fell into it, everything was off my own back but I got signed about seven months ago. Since then I’ve been fortunate enough to work with some incredible people, travel to and from places. As a stylist it’s the same story. I'm currently assisting Harry Lambert and I'm a fashion assistant for Johnson magazine. I also cast for Select Model Management alongside other things. Photography, I’ve been creating images for three or more years now and my first printed publication was for Clash magazine – it was of my friend Tyler the Creator, back in 2013. I’m not too fussed about fashion as a whole but more about style, design the direction and meaning of the collection, lookbook, show. I obsess over things easily, it’s mainly when I know a brand or designer has so much history and archives and have been doing it so well for a long time that’s when I just obsess over it.”

“I’m a stylist, I occasionally model and I constantly work on my designs at home. I work with Yung Crosby a lot on his music and hope to drop his first tape during the summer. I’ve been into style since forever. Growing up in New York when I was younger got me into Supreme when I was around twelve, but it wasn’t until a couple years after that I took a genuine interest in fashion on a deeper level; aside from the label, looking at the cut, different fabrics and the thought process of designers. I thought Alyx Studios and Vetements SS16 collections had interesting aesthetics but I’m mainly into older Raf, Rick, Helmut Lang, Dior, Balmain, Carol Christian Poell and Jil Sander.”

“I was told to become a model by people on the street, which was weird because I was just some little skate kid that never expected people to be stopping me and telling me that they love my face. I then slowly I started getting shoots through Instagram and being street cast, which led to me signing a contract with Wilhelmina. Skateboarding is the most important thing in my life right now because it is more or less the reason why I’m doing what I’m doing and it has been such a big part in my life for as long as I can remember. I like clothes and I like to look good, but I wouldn’t say that I’m into fashion. My favourite labels are DOOM SAYERS and Palace because they do things right – but no, I don’t buy into the hype. I can’t afford it.”

“My dad’s cool and always had style so as early as I can remember he let me pick out my own clothes. Curtly and Leonn (Ward)  saw me on the same day and both asked me to do some (modelling) stuff for them and then Mischa (Notcutt, stylist and casting director) became the pluggg. Next thing I want to do is an editorial with my little cousin Daniel that would be live. (Social media) is okay. It’s bare intrusive at times though. Our generation live by it, I feel it’s hard to not get consumed by it sometimes. People my age just dress for likes.”