The musician makes her design debut for the French house, set for release in early June 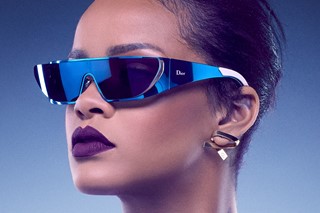 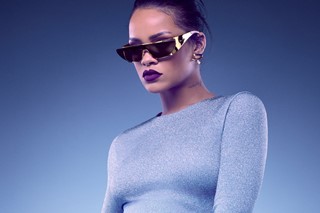 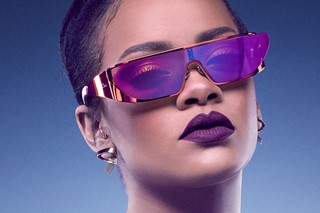 While Dior powers on sans Raf, Rihanna is stepping up to the mark as the face and contributing designer of their newest range of sunglasses, with a collection justly named “Rihanna”.

A picture on Rih Rih’s Instagram showed the singer in a pair of the early 2000s, La Forge from Star Trek-inspired shades. The sunglasses collection will be available exclusively in Dior stores from June, with silver, pink, blue, green and red styles priced at $840. A 24-karat gold version will retail for $1,950.

Dior CEO Sidney Toledano spoke to WWD about the partnership. “We are very pleased to partner for the second time with Rihanna,” he said. “She is an artist, an entertainer, an entrepreneur, a philanthropist, and a style icon for today’s generation.”

Rihanna’s among many other famous faces who’ve fronted the house: Natalie Portman, Charlize Theron and Marion Cotillard among others. However, she’s the first brand ambassador to collaborate in a design project.

Mathieu Jamin, Dior’s eyewear designer, said the singer had a major part to play in the sunglasses’ construction. He said: “She chose all the materials. We had a lot of different samples with different effect of metals. She chose all the lenses and took time to match all the colors together to see if it was right on her face. It was really important to her.”

Speaking about the design process, Rihanna explained: “The process was pretty seamless. I spent a day at Dior with their eyewear design team. I started by looking through all the archives to see what they’ve done in the past, then got acquainted with all the new materials. I literally sat there and drew and drew until I was happy with the design, and the team illustrated it for me right then and there. We picked materials and colors that same day, and after that it was a matter of weeks before I saw the first prototype.”

The musician’s been spreading her wings wide across the fashion spectrum this year, with her Fenty Puma collection debuting at New York Fashion Week in February. There’s no campaign to go with the sunglasses launch yet, but she’s been shot by Jean-Baptiste Mondino for in-house editorial images. We'll have to wait and see whether future design projects are on the horizon.