The day after Yeezy Season 3, the singer continues pop culture’s fashion invasion with a show starring Gigi and Bella Hadid 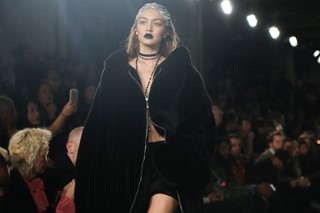 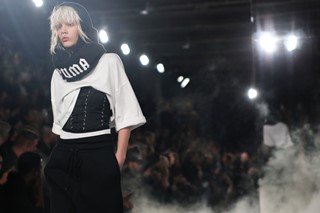 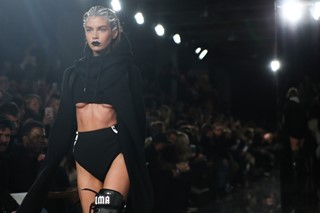 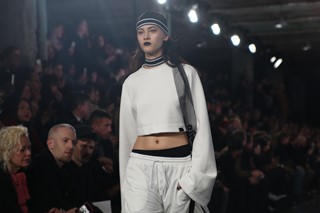 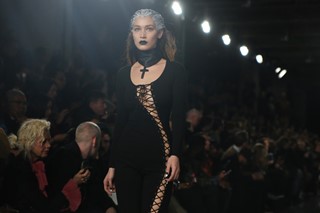 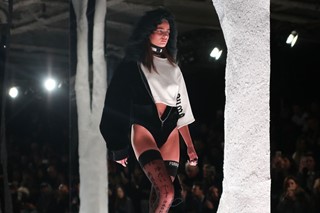 Robyn Rihanna Fenty has many strings to her business bow. Music (obviously), seven fragrances, Stance sock company (for which she is creative director), an alleged cannabis line called MaRihanna and the Clara Lionel Foundation which helps build cancer-treatment centers in Barbados. She’s also creative director for Puma – last night, she and the brand staged a show at New York Fashion Week, presenting the ‘Puma by Rihanna’ collection to press, buyers and fellow celebrities.

The collection comprised largely of sportwear, inspired by the singer’s own personal style. There was a sense of gothicism throughout it – not just in the colour palette which was predominantly black, but in the black lipstick worn by models, the cross pendants, the lace and corset details, the brothel creeper-esque trainers and the number 13 emblazoned across different pieces. If there was a revival of 2014 trend ‘health goth’ at NYFW, it was here.

Gigi and Bella Hadid starred in the show, along with new face Ruth Bell (distinguishable by her buzz cut) and Dudley O'Shaughnessy, who played the role of Rihanna’s lover her music video for “We Found Love”. The singer herself appeared on the catwalk towards the end of the show, bowing to the audience which included Anna Wintour, Drake, Jeremy Scott and Naomi Campbell.

Staged the day after Kanye West’s Yeezy Season 3 show, Puma by Rihanna was a further signs of pop culture’s fashion invasion. Celebrities turning their hand is hardly a new concept – just look at Victoria Beckham and The Row’s Mary-Kate and Ashley Olsen for successful examples – but over the last few years, we seem to have experienced a new wave of the phenomenon. West himself was keen to voice his support for Rihanna, tweeting last night, “Wow the paradigm has shifted, she killed it… everything is changed now!!!! Lil Sis kiiiiiiiilled this shit!!!!!!!”

Wow the paradigm has shifted, She killed it… everything is changed now!!!! Lil Sis kiiiiiiiilled this shit!!!!!!! pic.twitter.com/tpODCa0e9p