As Thames London SS16 drops, Dazed 100 star Blondey McCoy spills on his love for London, skate style and why souvenirs inspire him 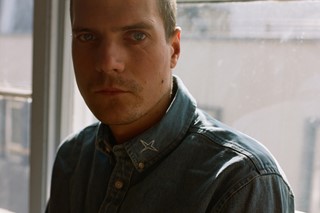 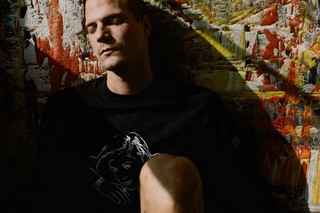 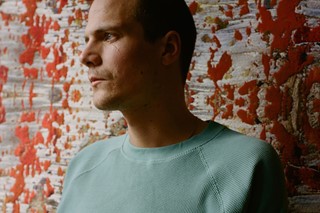 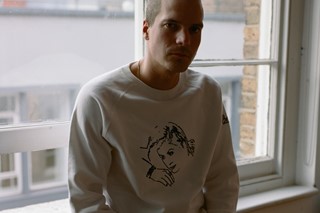 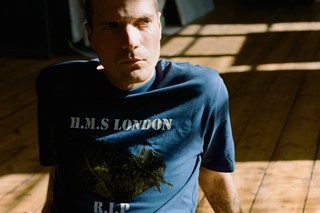 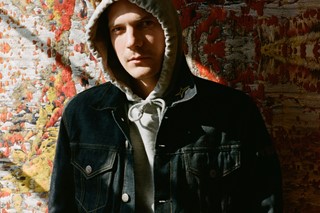 Vote for Blondey McCoy in the Dazed 100 here.

Blondey McCoy is one of London’s bright young things. He successfully straddles work as a fashion designer (without a Central Saint Martins degree), an artist (he’s staged two exhibitions to date) and a professional skater (he rides with Palace Skateboards) – all this at the age of 18. While he’s part of the Palace family, he launched his own label – Thames London – three years ago. Young and fun like the designer himself, his label is imbued with the relaxed and slightly rebellious attitude that is distinctly ‘skatewear’. This season, McCoy was inspired by the river from which Thames London takes its name, and channelled his love for The Big Smoke into t-shirts, sweatshirts and shirt-shirts emblazoned with graphics that include HMS London and Kirsty MacColl. As this collection drops, the creative polymath and Dazed 100 star tells us more about it.

What’s the story behind the name of the brand?

Blondey McCoy: Because I grew up skateboarding on the South Bank and because I’m from South West London, the Thames ties everything together for me. It was the first thing I thought about when I thought of London, and London itself was about opportunity and the unknown – both of which are really appealing when you’re young.

“I want to do cheesy London landmarks, black cabs and all that kind of stuff because it’s fun and young and it’s not to be taken too seriously” – Blondey McCoy

How do you channel your love for London into your clothes?

Blondey McCoy: I love the touristy side of London. I find it fascinating because for us it’s home, but for tourists it’s new. I love seeing them looking at Big Ben because they’re seeing it through new eyes, which is the most exciting thing in the world because shit can get boring quickly. In the future, I want to do cheesy London landmarks, black cabs and all that kind of stuff because it’s fun and young and it’s not to be taken too seriously. And there’s nothing more gratifying than seeing something resonate between you and someone else. You know, you bump into someone in the street, they’re wearing your t-shirt, and they get the movie reference...

What made you start designing for yourself?

Blondey McCoy: Well, I’ve done it since I was a kid. I’ve always had an interest in style and how people used to portray themselves. I used to make really amateur t-shirts and stickers, and people liked it. And now with Palace it’s a lot more professional, but it still just comes naturally because I make the art that I think would look good on a piece of clothing, and now we’re only just starting to get into more engineered actual garments rather than just printables, but it’s all a fun and natural process.

And you included a collage from Tom Rum-Coke?

Blondey McCoy: Yeah, he’s a friend of mine I’ve known for ages, he’s a part of this skate gang called the PWBC which is how we all know each other. He’s very mature for a skateboarder, when we go around to his house he’s got these amazing photographs and collages that he’s never had any interest in. When I first saw them when I was really young, like when I was 13, I almost felt a duty to get them out to the world somehow. It’s not that he’s shy, it’s just that he’s not trying to be an artist – he does it purely for fun which is similar to the ethos of Thames as a brand.

Do you think skatewear is having a moment?

Blondey McCoy: No I think it’s totally having a moment, but I think that it’s quite common for things to go in cycles. One thing I really dislike it when skateboarders limit themselves or dislike other people having an interest in it, because skateboarding itself was at its peak when it was drawing influence from things outside of it – so there’s no reason why we shouldn’t give back. I think it’s nice to just embrace it.

“In the golden age of skateboarding, it wasn’t cool to be a skateboarder like it is now. It was a bit...like you didn’t make it into the football team” – Blondey McCoy

Blondey McCoy: There’s nothing more relaxed than a really wide neckline on a t-shirt or a printed jumper. It’s just relaxing and refreshing.

How would you describe the attitude behind that skate style and your clothes?

Blondey McCoy: I think skate style is quite rebellious. In the golden age of skateboarding, it wasn’t cool to dress like a skateboarder or be a skateboarder like it is now. It was a bit, not like fuck off, but it was like you didn’t make it into the football team. It’s still very much made up of the people who fell outside of the Venn diagram. So it was a bit like standoffish, and that sense of not fitting in comes with a real sense of pride.

Thames London will be available at www.thames-london.com from 00.01 tomorrow, and at Palace’s London shop and select stockists.