To celebrate their new campaign, the eyewear giant are shipping off a bunch of social media influencers to a desert island... without their iPhones

A quick glance around any public space will probably prove the point that our generation are all tech-obsessed. From Instagram to Twitter, we’re a nation with reblogs, likes and favourites on the brain – according to Statista, the number of UK smartphone users will next year creep up to almost 45 million, showing just how central they are to modern day life. But what is this obsession doing to our social lives? Ray-Ban is here to argue that we all need to ‘unplug’, ditching our tech-fuelled lifestyles to return to human interaction. You know, like actually meeting your friends in person.

The ‘Unplug’ message is part of the eyewear giant’s new #ittakescourage campaign, which highlights the little changes we could all make to improve our quality of life – from making a fresh start to facing your haters.

The concept doesn’t begin and end with the images – Ray-Ban are expanding the idea by shipping off a bunch of social media influencers to a desert island sans-iPhones. We’re not talking Shipwrecked here; they’ll have basic food and comforts, they’ll just be separated from their beloved Instagram accounts. The point is to force them to actually watch the sunrise without first considering which filter would make it look most orange (Valencia, obviously), and, as a result, making them question their priorities. Ironically, one of fashion’s most popular eyewear brands is asking us to remove the digital shield from our eyes, clear our vision and appreciate life’s simple pleasures. 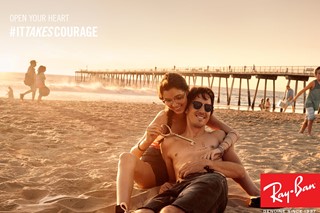 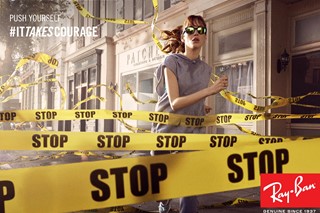 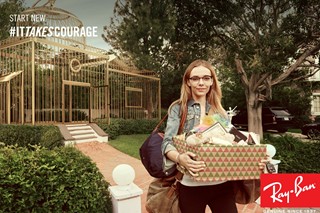 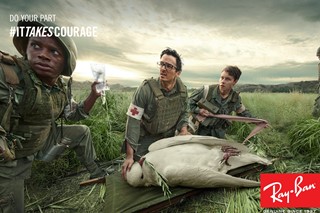 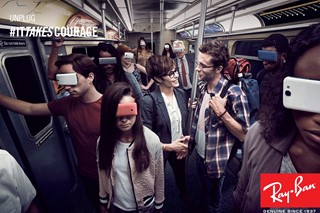 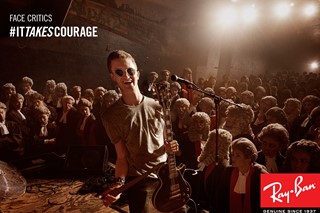