You don’t need a PhD to be one of Westwood’s gang of intellectuals, you just need to join the revolution 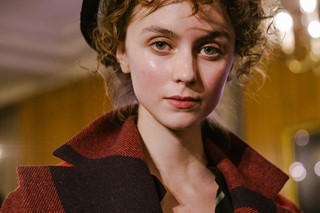 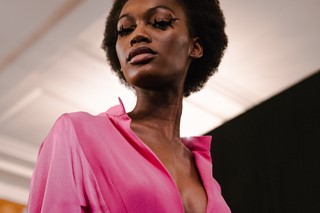 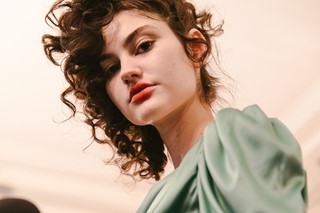 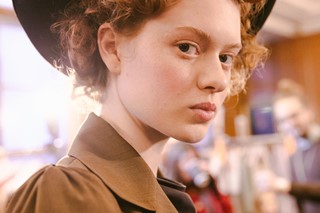 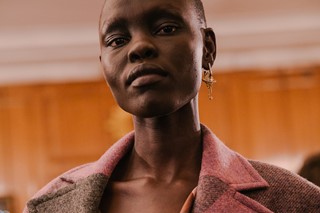 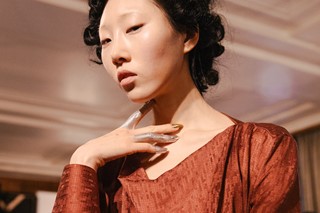 “Intellectuals unite”. So proclaimed a badge decorating the opening model’s jacket at Vivienne Westwood’s AW16 show yesterday, and it was matched by one pinned proudly to the chest of the designer herself. For her latest collection, the grand dame of British fashion proved she’s still the reigning queen of the anti-establishment; her show expressing the importance of constantly questioning the information you’re fed in a world where the government and their media-controlling cronies are forever trying to pull the wool over your eyes.

The collection started as professor-ish and eccentric with wool tights and check suits before models underwent a more overtly bourgeois transformation to saunter down the catwalk in gala-ready gowns – topped off with sparkling paperclip earrings. “I’ve said all along that this girl is like me, the Red Label woman,” said Westwood after the show. “She’s adventurous, she tries to understand what’s going on in the world, she is an art lover and she is an intellectual; she’s intellectually inclined at least.” That love of art came across in the way models’ fingers had been turned metallic silver, with one hat splashed with paint.

“Any kid off the street who wants to go on a demonstration to find out what’s happening – come and join us, you are an intellectual. We have to unite. It’s the only thing that can really challenge the government’s lies” – Vivienne Westwood

“At the time of the renaissance, the intellectuals were the most important people in society, they were respected and listened to and they directed things,” said Westwood, musing on how that was no longer the case. “I was on this march on the 29th November – it was really against the government and austerity – and I thought every person on that march was an intellectual because we really care about understanding the world we live in and our place in it, what can we do.” One speaker in particular impressed Westwood and her partner Andreas Kronthaler; performance poet Kate Tempest. “Andreas was next to me, and he just gestured to her and said ‘Shakespeare. This girl is incredible’ and she really was.”

The good news: Westwood’s kind of intellectuals don’t need a private education or a PhD – they just need to be conscious, and they can come along to talks held at universities including Cambridge and London College of Fashion that Westwood is helping to organise. “This movement is open to everybody,” Westwood asserted. “Any kid off the street who wants to go on a demonstration to find out what’s happening – come and join us, you are an intellectual. We have to unite. It’s the only thing that can really challenge the government’s lies.”