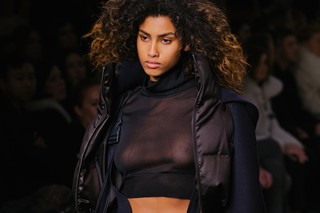 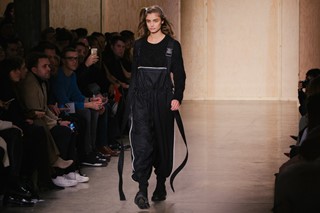 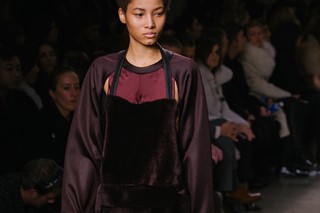 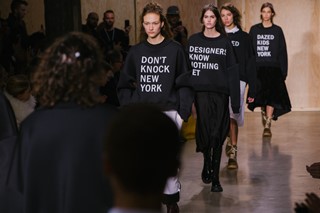 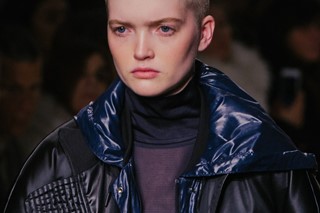 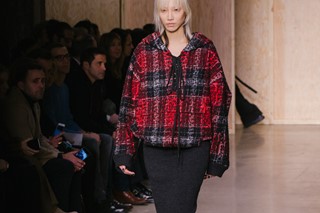 ‘Dazed’ may be the name of this publication and one-half of the name of Richard Linklater’s 1994 coming-of-age film, but it was also the word emblazoned across some sweaters at DKNY’s AW16 womenswear show at New York Fashion Week this afternoon. The show, which was the second of newly-installed creative directors, Public School’s Dao-Yi Chow and Maxwell Osbourne, saw several of these ‘Dazed Kids New York’ sweaters come down the runway during the finale – modelled by Soo Joo Park among others.

When asked backstage whether this was a direct nod to this publication, the designers (to our slight disappointment) informed us that they were referring to ‘the feeling’. “We were just picking, twisting meaning for DKNY,” said Chow. “When we were growing up not everyone knew it stood for Donna Karan New York, and then you would see people would pronounce it like ‘Dik-ny’ or ‘Deek-ny’... mispronouncing it... We just wanted to play with that.”

In the show notes the designers said they were “looking at logos and saying, ‘We own that’ and ‘DKNY started all that,’ but simultaneously having fun with it and admiring how much of a thing it is over 25 years.”

This season, Chow and Osbourne continued to bring the sense of easy-dressing that they have honed and been heralded for at Public School to Donna Karan’s namesake label. Their cast, which featured Dazed 100 models Adwoa Aboah and Ruth Bell, showcased a collection inspired by “strong girl bands from the 90s who were able to show sexuality with a tomboy feel.”

While those DKNY’s sweaters might not have been a nod to this magazine, that probably won’t stop its family and friends buying and wearing the garment as if it was.