Alongside newly unearthed behind-the-scenes polaroids, the film’s costume designer Kim Druce-Sava recalls her memories of working on the cult film 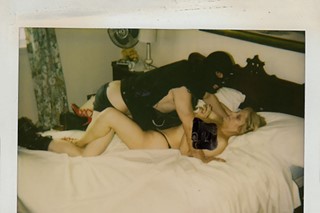 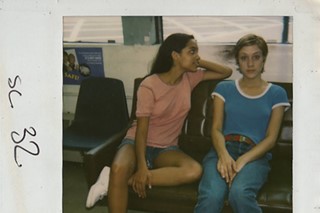 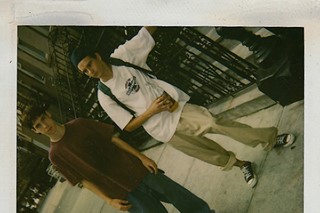 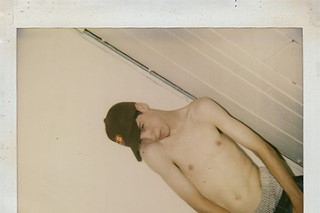 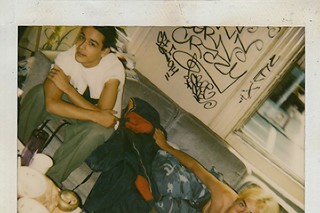 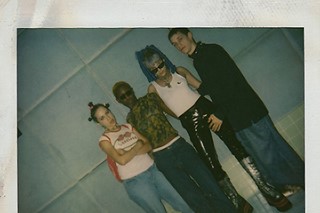 What is there to say about Kids? Over the last twenty years, Larry Clark’s cult film has been slammed and celebrated, pulled apart and put back together again more times than you can count. First landing on screens in 1995 with a script that was the work of a then teenage Harmony Korine, the film swept its viewers up in a whirlwind of underage sex, daytime drinking, indiscriminate drug taking, skateboarding and the occasional spot of casual violence. Following the unraveling life of Jennie (played by a young Chloë Sevigny making her screen debut) a teen whose first and only sexual encounter has left her HIV positive, the film explores the gritty side of New York youth culture, a hedonistic world where parental supervision is non-existent and rules are made to be broken.

Compared to other heavily stylised teen films of the year (Clueless, Empire Records) one defining element that set Kids apart was its bare-bones wardrobe – intentionally unpolished, it helped lend the film its documentary-style candidness, creating a world of baggy-jeaned skaters and effortlessly cool girls. “It was anti-fashion,” recalls the film’s costume designer Kim Druce-Sava, speaking about her work on it for the first time. “It had very little to do with what you would find at Macy’s. It was utilitarian, it was thrifted. There are teens and twenty-somethings who live in downtown Manhattan and don’t have any money, but that doesn’t mean they don’t have style.” After convincing Clark and Korine to hire her, she set to work with a “minuscule budget”, taking inspiration from clothes the young cast brought to her and buying multiple replacements of items similar to the ones in their own wardrobes. Alongside never-before-seen polaroids from the making of the film, dug out of a box in her attic, Druce-Sava recalls some little known trivia about her time on set.

THE CAST WERE THE STYLE EXPERTS

In her thirties at the time of filming and with a career that had included period dramas set in other places, decades and centuries (alongside NYC indies and big budget studio productions) Druce-Sava didn’t have much experience dressing contemporary teens. “Every film is a learning experience and a challenge – I’d never done skateboarders in New York before, or Gen-Xers,” she remembers. “But luckily I didn’t need to be an expert because the cast were the experts – they knew who they were and they were basically playing themselves in their own little micro-culture. I just followed their lead.” Her assistant, a cool twenty-something named Exile, was also on hand to help out – “I hired him on purpose because I knew I was over my head!” she recalls. “I couldn't have done it without him.”

THAT BLUE T-SHIRT WAS SEVIGNY’S OWN

Throughout the film, there’s one item that stands out amongst the rest – a bright blue ringer tee donned by Chloë Sevigny’s character Jennie. But it wasn’t a suggestion on behalf of Druce-Sava. “That blue t-shirt was Chloë’s, she brought it in,” she remembers. “That was the one piece I couldn’t get multiples of so I just babysat it all the time, it was very precious! Chloë was a sweetheart, and Rosario too, they were just lovely and so professional – even though it was their first film they did everything right. Tracy – who did the hair and make-up – and I were the mature girls so we took them under our wings.”

“The cast were the experts – they knew who they were and they were basically playing themselves in their own little micro-culture. I just followed their lead” – Kim Druce-Sava, Kids costume designer

SUPREME WERE ON HAND TO LEND SOME CLOTHES

To celebrate the film’s 20th anniversary last year, Larry Clark teamed up with Supreme to release a series of limited edition Kids t-shirts. But the relationship between the cult skate brand and the film goes back further than that – Supreme provided some of the clothes for the movie. “I got some promos, they hooked me up!” says Druce-Sava. “They were already in that scene so I just had to get to the store and they gave me a bunch of stuff.”

THE CAST ENDED UP MOVING INTO HER APARTMENT

When filming, Sevigny was originally commuting from her hometown in Connecticut, so Druce-Sava offered her her own apartment while she stayed with her boyfriend. Soon however, it wasn’t just Sevigny staying – “With the cast, I got their phone numbers so I could call to get their sizes and talk about the character and the clothing. But every time a new cast member joined, the phone number that they would give me was my phone number! It turned out they were all crashing at my studio.” She didn’t mind, though – “It was cute, it was really cute! I was glad I could help, because they were all my babies! I was old enough that they could have been mine!”

Special thanks to Owen Chun