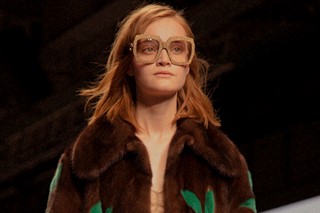 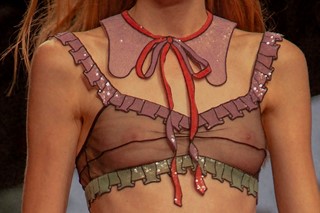 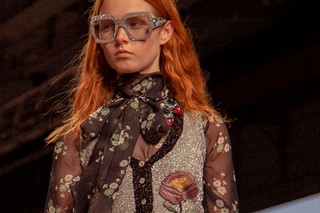 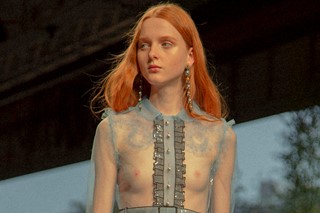 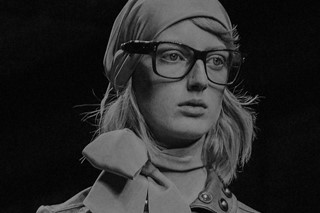 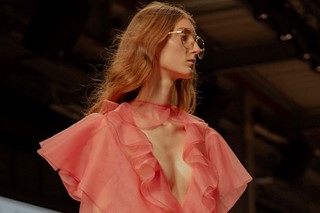 Describing his work as “an anthem of what young relationships and sexuality look like now”, Matt Lambert is one of this generation’s most exciting filmmakers – one whose work grapples with ideas of love, sex, gender and identity. Gucci have enlisted Lambert to lens a short film titled In Bloom which will be shown this weekend at ASVOFF (A Shaded View of Fashion Film), a film festival that runs in conjunction with fashion blogger and critic Diane Pernet’s similarly named blog ASVOF (A Shaded View of Fashion).

As with much of Lambert’s work, the film has a certain intimacy to it, capturing Swedish male model Love Erik Ronnlund as he lounges about an elaborate room reminscing about summer. “The casting came from Gucci’s existing boys from the Cruise Collection,” he says, explaining the process of choosing Ronnlund and Taavi Mand, who also stars in the film. “Love was someone who stood out to me and felt like he could cross-over into the world of one of my films as well...For me, this film captures the minutiae and whimsy of idle youth and celebrates those fleeting moments where the imagination of childhood flies by,” he goes on to say.

With its emphasis on nostalgia for youth, the film reflects Gucci’s creative director Alessandro Michele’s vision for the brand which blends the old and antiquey with the young and the androgynous. “I’m a big fan of what Alessandro has been up to with his new vision for Gucci with its whimsy and romance,” Lambert says, sharing his opinion Michele’s creative direction. “It’s not just the collections, but what he’s been doing top down with their communications – especially the print work from Glen Luchford and Christopher Simmonds that set the benchmark with its nuanced and honest tone which resonated with the work I’ve been making the last couple years.”

Watch In Bloom below.