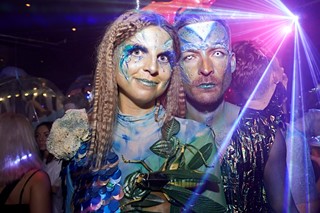 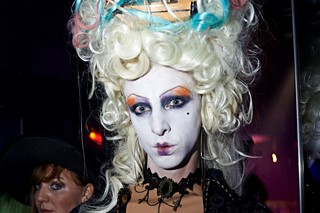 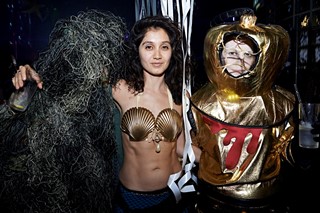 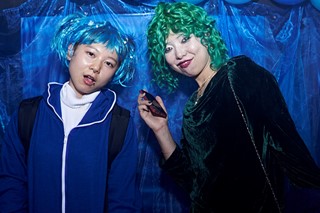 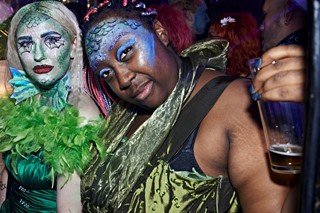 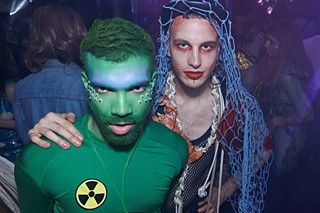 For most people around the country, preparing a Halloween costume involves stocking up on Poundland face paint and hoping for the best. This was not the case, however, for those attending this year’s Halloween extravaganza TINAWEEN presents Tunaween: Under Da Sea. Now in its seventh year, TINAWEEN embodies the true spirit of Halloween with one simple door rule – “no costume, no entry, no compromise”. Naturally, the guests rose to the challenge– cue costumes inspired by Poseidon the sea god, sexy shellfish and, of course, The Little Mermaid. Seashells became pasties, seaweed became an overcoat and inflatable crustaceans became the accessory du jour. Guest DJs included Hun Official (of hilarious parody account @hunofficial) and Girls Aloud’s Nicola Roberts for a night of chaos beyond Ariel’s wildest dreams. As if that weren’t enough, hair stylist Alex Brownsell and her BLEACH London clique were on hand upstairs with their annual BLEACH Beach to ensure that the mermaid wigs stayed fabulous all night long. Browse the gallery above to see some of the best costumes of the night.