From Tavi to Amandla, Willow to Kiernan, a new gen of girls are proving that style and substance aren’t mutually exclusive 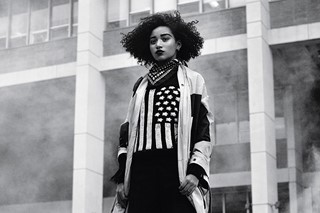 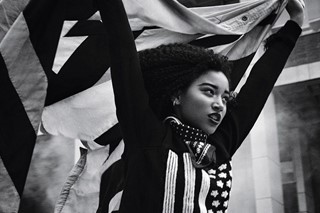 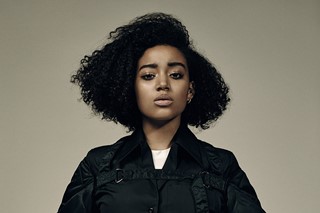 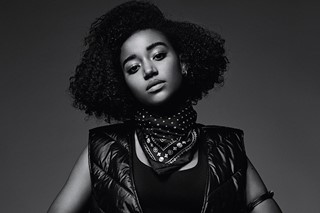 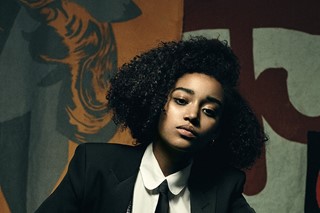 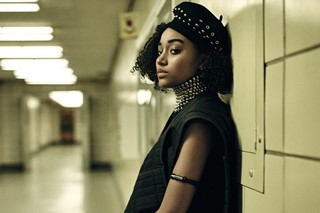 In 1996, a group of teenage riot grrls were causing controversy at their private California high school. With a DIY feminist zine, dyed and unbrushed hair, monobrows and clothes that stood out a mile from their very Clueless classmates, the political identity of the so-called Dirty Girls was intimately entangled with their appearances. Captured in a lo-fi documentary by fellow high school student Michael Lucid, everything they did was about resisting conformity and commercialism, embodying the anti-fashion, thrift store spirit of grunge. The reward for their efforts was peer ostracisation. “That’s the girl that didn’t take a shower since Kurt Cobain died,” hisses one classmate of Amber, the group’s ringleader.

That same year, Tavi Gevinson was born. Now 19, in 2010 the fashion blogger and child of the internet would go on to found online magazine Rookie, giving the mass of Tumblr’s mostly female, mostly teenage users (who, since the site’s establishment in 2007, had been waking up to ideas like dyeing their armpit hair, posting self-love GPOYs, and deconstructing the patriarchy) a centralised platform to embrace their girlhood and let the seeds of their new wave feminism grow. They returned to a similar – if hyper-feminine – riot grrl aesthetic adopted by the Dirty Girls, but this time they had the internet to tell them they weren’t alone.

Slowly but surely, the idea of a feminist in the popular imagination – once an overweight, butch woman who couldn’t find a man – was weakened by the sea of these girls. First very white and cisgendered (a criticism levelled at Rookie), they soon diversified, becoming more and representative of the encompassing agenda of feminism – think issues like class, trans empowerment and race politics. Whether it was buying a Girls Get Busy badge, Audre & Gloria & Angela & bell t-shirt or making a decision about shaving their legs, for young women, the body once more became a canvas for political expression. Fashion could be feminist again, and feminism could be fashionable.

Five years later, that statement couldn’t be more true. While once women in the public eye shrunk away from questions about the F-word (the media preferring quotes about their relationships or beauty regimes than their views on the wage gap), there’s a new generation of empowered young icons embracing the resurgence of feminism, making their radical identity politics into a statement – and one that extends to their style. This isn’t simply that young feminists are fashionable, thus making their politics more palatable, but that they embody their opinions in themselves, in the very way they exist and claim space in the world. Their bodies, hair, make-up and and clothes become an authentic platform for expression.

Look at Dazed’s current cover star Amandla Stenberg, who set the internet on fire with her viral homework project which asked, “What would America be like if it loved black people as much as it loves black culture?” She can host events about getting girls excited in science, and she can get dressed up to channel activist and singer Janelle Monae in her signature suit. Her red-lipsticked selfies don’t express a femininity that compromises the passion with which she fights for serious causes like #BlackLivesMatter – they coexist together.

Then there’s 14-year-old Willow Smith, who caused a stir by wearing a t-shirt with breasts printed on in support for #freethenipple, and has also spoken out about the uncomfortable reality of modern day sex trafficking in the United States – as well as pioneering her own fashion sense in regular social media posts. Or Rowan Blanchard, the 13-year-old Disney Channel star who showed she can just as confidently riff on the wage inequalities of women of colour and quote academic Kimberlé Crenshaw as she can post an OOTD selfie wearing platforms and a silk dress. Or Zendaya, who schooled an ignorant TV host who suggested her hair might smell like marijuana after her appearance on the red carpet at the Oscars. Not forgetting Miu Miu girl and actress Kiernan Shipka (15), trans activist Jazz Jennings (14) and singer Lorde (18) who discussed intersectional feminism in her Dazed cover story. For these girls, style and substance aren’t mutually exclusive.

Admittedly, many of these girls are privileged: living in Hollywood, to middle class or famous parents, or experiencing a level of success unheard of by many of their followers. But their Instagram accounts and Twitter feeds offer a different vision of aspiration from other celebrity offspring, snapping pictures of Range Rovers or Louboutins. The style icons presented to my generation as a pre-teen were cookie cutter pop starlets, propped up by the media machine, rumours about whether or not they were still virgins and music videos that infantilised them, making it very clear they were there to be consumed by men as much as they were idolised by tweens. These girls present young women with a radically different vision.

In a world where words of wisdom are most often seen as coming from men in suits (see the Tumblr allmalepanels), these girls confound expectations about what we expect political awareness and empowerment to look like. We see fashion as inherently feminine, and therefore frivolous, but style is a fundamental form of expression. Intelligent, creative, resourceful, brave, political, impassioned, empowered, full of self-belief and fearless self-expression, these are the role models – and yes, style icons – girls today deserve.

When did the women's body start being something to hide? #freethenipplepic.twitter.com/RBxQTXhyIY