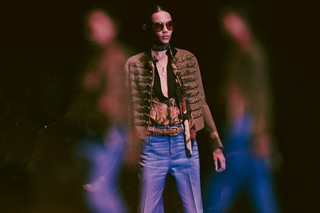 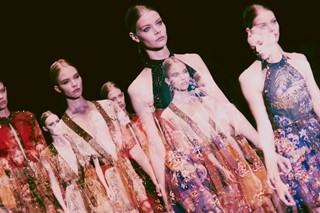 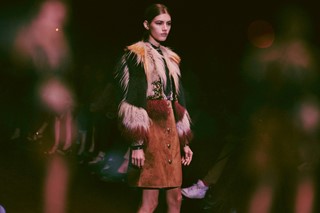 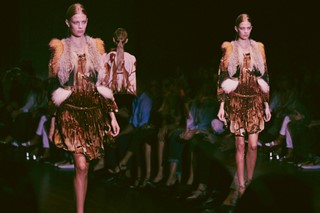 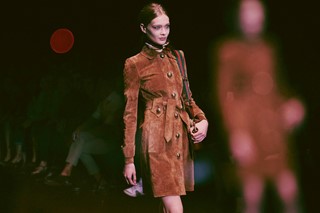 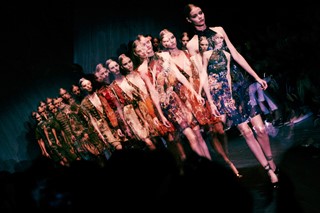 Gucci creative director Frida Giannini and CEO Patrizio di Marco are exiting the company. Giannini will step down at the end of February after showing her AW15 collection at Milan Fashion Week, while di Marco will depart the Italian label on January 1.

The IRL power couple – the pair have a daughter together – have not commented on their next move. Marco Bizzarri, the former head of Bottega Veneta, is replacing Di Marco, though Gucci parent Kering has yet to announce Giannini's successor. Sources have told WWD that there are several contenders for the top job, including Givenchy designer Riccardo Tisci and Joseph Altuzarra.

A Kering spokesperson said of the speculation: "We never comment on rumors. All I can say is the recruitment is under way." The brand said that a new designer would be appointed "later on".

"I would like to thank Frida for her extraordinary passion, dedication and contribution to the Gucci brand," Francois Pinault, chairman and chief executive of Kering, said. "She has been the sole creative director of Gucci for close to a decade. This is a remarkable accomplishment, considering the level and breadth of responsibility of overviewing all the aspects related to product and image for such a global brand during such a long period of time."

"I am truly grateful to her for her achievements, creativity and the passion that she has always instilled in her work."

During Giannini's tenure, Gucci transitioned from the knockout glamour of Ford's reign (remember those monogrammed pubes?) and towards an approach that drew from the Italian label's rich heritage, reinventing it for a modern audience. Her SS15 collection saw Giannini interpret the classic Gucci materials like leather and suede into a vision of tricked-out, 70s girl groupies.