Chatting censorship, diversity and the Kardashians with Balmainiacs from around the world, find out what happened in his Facebook Q&A and see exclusive polaroids from Balmain SS15 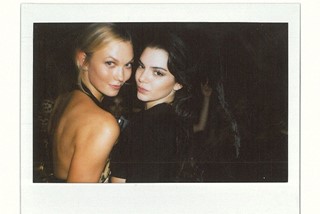 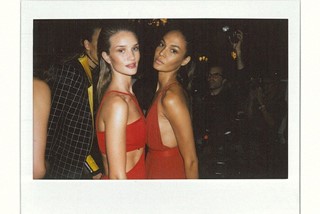 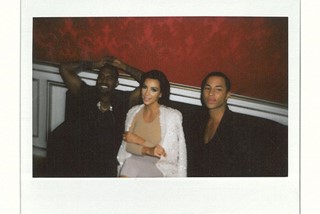 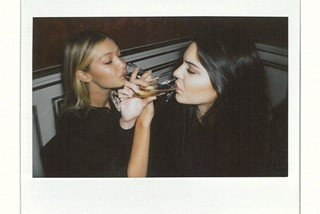 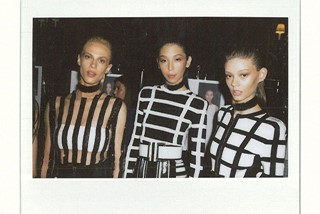 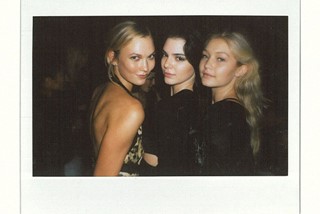 When Olivier Rousteing took the reigns at Balmain in 2011, he was 25 years old and relatively unknown, catapulted into the limelight as the creative director of one of the most storied fashion houses on the planet. Now his life is busy, glamourous and star-studded, as we discovered when we visited him in Paris a year ago and from the AW14 polaroid diary he created for us earlier this year. He is prolific on Instagram too, posting selfies with the likes of Rihanna and Kim Kardashian, as well as the diverse array of striking models he casts for the catwalk and campaigns. Rousteing even teased his fetishistic SS15 collection on Instagram, posting “Two Pairs of Legs in Black Stockings” by Helmut Newton and an graphic of a drained iPhone battery with the words ‘Need Sex!!’. Just one day after the runway show, #balmainiacs from around the world joined Rousteing for a hashtag-happy Q&A on our Facebook page. Here are five things we learned from the Bal-main man himself:

ROUSTEING WISHES WOMEN WERE FREE TO EXPRESS THEIR SEXUALITY, UNCENSORED

The soundtrack to the SS15 show was “Scream” by Janet and Michael Jackson, and Rousteing explained that “the collection is about get it all out... about freedom and celebration of being a woman without any censorship.” The fetish aesthetic was inspired by “all the censorship designs that ppl have to use when they post "naked" pix on Instagram”! Should we talk more about sex? “I don't think we need to talk more about that but just not repress women that expose their own sense of sexuality #expressyourself #dontrepressyourself”.

DIVERSITY IS WHAT MAKES THE WORLD A BEAUTIFUL PLACE

Rousteing has become known for the diversity of his casting, returning to models like Dazed cover star Binx Walton and Mexican-Japanese beauty Issa Lish for “their contemporary beauty, their uniqueness and their strong energy”. Why does he think the industry is so slow to follow suit? “Because [the] fashion industry can be sometimes run by older people or stubborn people. It comes easy for me to bring diversity in fashion ‘cause what makes the world beautiful today is THE DIVERSITY #justlookaround and understand the world you live in.” We couldn’t agree more!

Some twist front jackets from the Balmain SS15 show bore a resemblance to a one presented by Alexander McQueen at the Spring Summer 1997 Givenchy Haute Couture show. Was Rousteing inspired by this suit? “Yes ! I love the Alexander McQueen jacket it was nearly 20 years ago. #noshame. I also love good remixes of music from 20 years ago.”

LIKE THE BALMAIN WOMEN, OLIVIER ROUSTEING KNOWS WHAT HE LIKES

Rousteing told us he is inspired by “women with strong character who know what they want,” but throughout our Q&A it was clear that he too knows exactly what he likes. Asked “Rihanna or Beyoncé? Riccardo Tisci or Tom Ford? Tea or coffee? Black or white? Man or woman? City or Beach? NYC or Paris?” he answered unhesitatingly, “Rihanna Tom Ford Coffee Woman Black City NYC.” His favourite Rihanna song? “'We Found Love' ;) ... good memories ;)”. Favourite Kardashians episode? “When Kanye [asks] Kim to marry him in the stadium.”

ROUSTEING PRODUCING A TRACK FOR RIHANNA? IT COULD TOTALLY HAPPEN.

When asked what job he would do if he didn’t work in fashion, Rousteing answered “music industry #producer always been fascinated by music talents” and answering where he saw himself in 10 years he said “you know what? I don't have the answer but I didn’t have the answer neither 10 years ago so I’m confident that I would enjoy life #fashionornotfashion that is the question?”. Creative director of a storied French fashion house at 25... superstar music producer at 38? If there’s one man who could make it happen, it is surely the unstoppable Olivier Rousteing.