As Bobby Abley plays with mouths for AW14, here's a five-point guide to the fashion gag 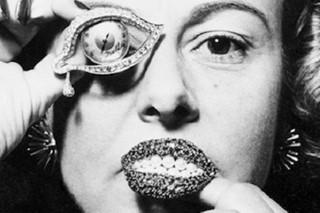 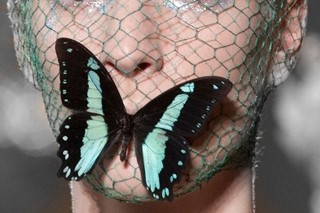 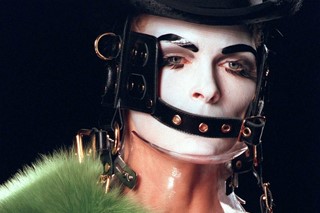 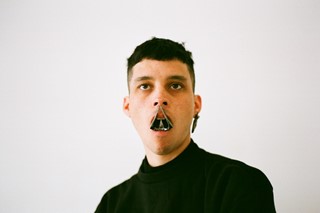 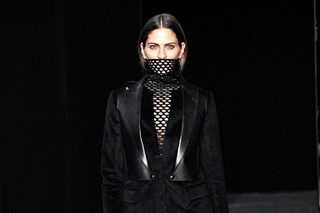 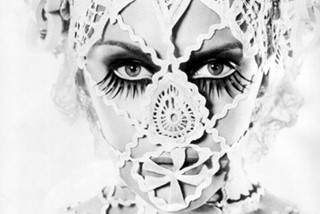 The Clockwork Orange-esque bondage bonanza has sexed up the catwalk of LC:M designer Bobby Abley, who showed his powerhouse AW14 collection featuring some eccentric mouth pieces. Gaping mouths and toothy models made us time travel back to similar displays of provocation. Playing with the piehole is nothing new – Giambattista Valli and Salvador Dalí have all made a spectacle of the maw; and Alexander McQueen played with an oral fetish throughout his career, with Leigh Bowery lips and metallic jaw pieces. Here's your five-point guide to fashion's most unorthodox mouths.

Alexander McQueen’s obsession with the mouth has been a recurring theme throughout his collections, whether it was by sweeping faces up in thin stocking-style veils with heavy silver pin embellishments – reminiscent of the 80's toy phenomenon Pin Art creeping up the neck – or a freaky homage to the S&M’s club scene queen, Leigh Bowery, with thick red lacquered lips (clown-like kink at its best), there was barely a facet of S&M that McQueen wasn't afraid to touch on, proving once again that the late designer was definitely a dominator in his own right.

Feeling like something straight out of a bad porn flick, John Galliano firmly hit the gag-ball of bondage into fashion’s freakshow court, whether it was Nurse Jackie gagged and restrained, or a jaw being silenced by a leather horse bridle, riding crop at the ready helping to blur the lines of who's really in control, the submissive or the dominant - it doesn't seem to matter here; this facet of fetish is all about over-the-top fantasy. The idea that it could have surfaced from the depths of a back alley film store's fetish section only strengthened the deviance that was Galliano's sex-circus-cum-fashion-show at its most horrifying.

Giambattista Valli transformed the confronting sex prop into something of soft feminininity for Haute Couture AW12, where real butterflies replaced the garish PVC spheres that we have come to expect from the brutality of bondage. Instead, the specimens hinted at silenced beauty, quietly alluding to the veiled sexual aesthetic that lies beneath (a damsel in distress, perhaps?) and a suggestive nod to what might just happen behind closed doors.

Finding fetish in the farthest of places, Rick Owen’s took heed from the rude boy subculture, a place usually reserved for adolescent youths stalking and dominating what they claim to be their streets. Instead of the pre-pubescent ruckus, Owens sought out black woolen balaclava-style masks and slashed them vertically down the face, creating a masculine toughness that, if met in a dark alley, you wouldn’t really know whether to run away or stay put and take a risk on what might happen.

The new generation of fashion designers are also finding design solace in the darkness of S&M. Last season, Roxanne Farahmand fitted uncomfortable-looking metal shards into the submissive mouths of her models. While the pieces looked nothing short of painful, they once again brought into question the age old idea of pleasure as pain, dominance or submission, and ultimately they revealed the skin-tight relationship that fashion holds with the underground sex world, teasing it upwards until it’s literally sitting there on your face.