What started out as a one-season venture to support friends, struggling in New York’s tough economy has now exploded into a living, breathing community of its own. MADE Fashion Week, offers a platform for emerging talent to discover potential investments to expand and nurture their business. Now reaching far beyond fashion and incorporating several other creative industries, the MADE premise remains simple: set up those with talent, with those with cash, to form collaborative partnerships; sharing like for like.

Founders Jenné Lombardo, Mazdack Rassi, and Keith Baptista pool their talents to make the projects work. Lombardo started at Interview magazine before moving on to MAC, with whom MADE have a strong relationship. The cosmetics firm have now become one of their first all-important gallery-5 relationships. Baptista also started at Interview, before heading into events with KCD. Rassi runs Milk Studios, a go-to downtown Manhattan fashion spot. Together, they head up an incredible beehive of activity, now impacting globally.

In New York, MADE helped kick-start the careers of Alexander Wang and Proenza Schouler, but what happened when they took their programme to the most institutional fashion city in the world? Shining a spotlight on nine designers including Gareth Pugh and Yang Li, MADE are at the dawn of a new age for their programme. In the wake of the Paris shows, we spoke to all three. 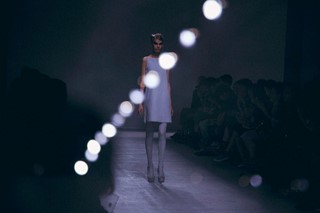 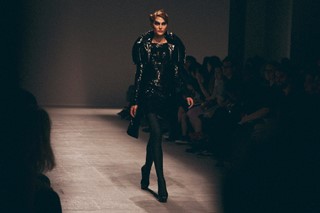 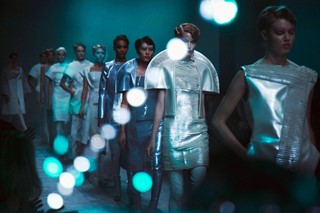 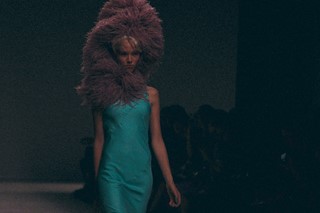 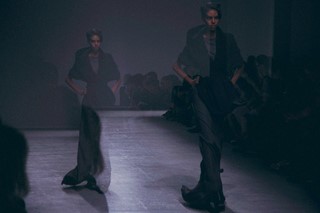 Dazed Digital: Why do you think it’s important for initiatives like MADE to support designers?

Keith Baptista: What draws us to the programme is not just the designers, it’s the creative process. We’re drawn to creative people in general. I think that it’s very exciting to be part of the creative community and to follow people’s vision. When you empower people to do the work they want to do, you get great results, and that’s what keeps us coming back to the programme, we’re always so inspired by the results and they always exceed expectations.

DD: What is normally the obstruction in a creative’s success? Is it a lack of their own limitations or is it a lack of wider support?

Mazdack Rassi: I think it’s a lack of structural support that many creative’s lack or haven’t built around themselves. The reason why MADE started with fashion shows and presentations was because that’s one of the hardest parts of being a designer; to put a show together to a level that they’re proud of. Now that we're expanding into music, we look at that industry and say, “what is the young artist in need of? Is it rehearsal spaces, is it production, is it helping with recording studios?“ We don’t differentiate, even though fashion is where we started, they’re all just creative people to us and we want to help support them. When you have this young group of people making things, there’s a lot of energy. We find a lot of passion in that energy.

Keith Baptista: I think one thing about our programme is there’s a really wonderful sense of community.  Designers meet each other and they learn from each other; sharing each other’s resources, I think if you look throughout time to great music movements and great art movements, you realise there was a community of artists or there was a community of musicians who inspired each other. I think right now, the design community really thrives from each other, working to elevate their ideas above what’s out there. They share ideas and they share resources. That’s one thing that’s really powerful about the programme and the clients that we work with; they’re very interconnected.

DD: Let’s talk about Paris – this collaborative process you have described as New York, how has that translated in Paris?

Jenné Lombardo: It has gone very well for us, we have tried two different tactics – we don’t pretend that we have all the answers or that we know what we’re doing. We just know what’s needed. For our first season we supported a number of designers, but as our relationship evolved with partners in Paris, they helped us to create a hub, similar to what we have in New York City. That was a huge success. It was very convenient for the editors and buyers – the problem that we had was raising the similar funds in Paris as what we are able to raise in New York. So this season, with our partner MAC Cosmetics, we were able to support nine designers. They then chose their own spaces and we financially supported them.

DD: Paris is very different in the sense that it doesn’t have a location like New York, do you think it was success to have the one location?

Mazdack Rassi: I think it works better in New York. New York Fashion Week in is very profit-driven and more business minded than creative Paris. The designers approach space in a different way; its part of their creative process. We had a general location last year and it worked for most of the designers but for some, they wanted to move around and not be in the same building. So we went in and supported them and left the part about their space up to them. We’ll wait and see what comments come in, but this year, it was a lot simpler for us, it was really clean. It worked for all of the designers. I think that each city and community needs its own individual help. Paris will dictate what it needs from us.

DD: You spoke there about how raising funds is different in NYC to Paris – why is that different?

Mazdack Rassi: Raising money, building properties, in America, is down to a science. We had to learn that science and that there is an inherent value to these companies. In Europe, especially in Paris, it’s a completely different thing, which makes it really difficult to raise funds there.

Keith Baptista: I think that the corporations that look into investing in the US, do have benefits for the community. That exists less in France because of the way the culture is set up there, there isn’t a charitable culture. There aren’t so many investments made by individuals and people look at it very differently. It took us a little while to figure that out. Now that we’re here, we realise that the programme has to be a global entity tailored to each market. I think that if we tailor the programme to each designers’ needs while considering how their market works, then we will be looking at the idea of working with corporate partners on a larger scale. If we need to be there on a smaller scale to support the designers, then of course we will. 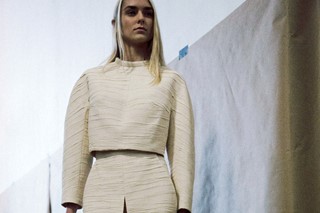 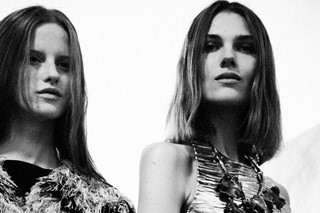 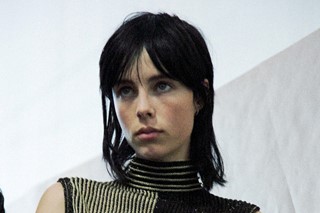 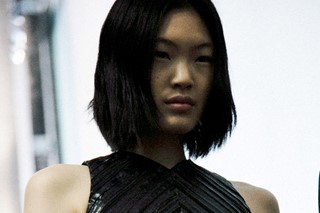 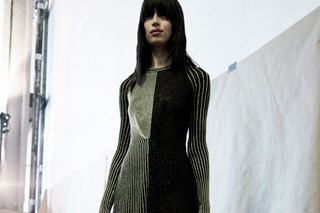 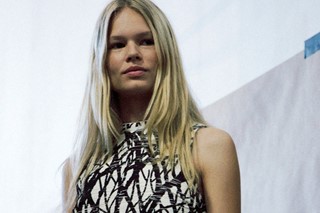 DD: You got the support of the Federation français de la couture, was that important in establishing credibility?

Jenné Lombardo: Yes – I don’t think we looked at it as getting credibility. We didn’t want to just come into a city without support. We wanted to come in with their belief of what we were doing. That was the first step for us, and the enthusiasm that they have for what we’re doing. It’s a matter of how much we can get involved, it’s not about the level of enthusiasm, its about the level of support we can give and the amount of money we can raise to then build on these ideas that we have.

DD: Notoriously Paris is very institutional with very old and long-established houses, why do you think it’s taken so long for a platform for emerging talent? Why can it seem like Paris is resistant to supporting young designers?

Keith Baptista: Paris right now is in a big transition in terms of where they are with the big houses. It is at the stage where some designers are retiring or thinking about transition. Companies like Kering and LVMH have worked hard to purchase these houses and set up designers. They’re now finding that in order to sustain the companies that they have, they have to invest and nurture design talent in order to be able to work with the next generation. You look at the Marc Jacobs and the Michael Kors and people like that, who were installed at these houses years ago. A lot of them were working for twenty years before they were able to get these opportunities. Now a lot of these designers are in business for five to seven years before they are given this chance; like Alexander Wang working in Balenciaga. They’re at a younger stage in their career and you’ll see the LVMH making investments in JW Anderson and people like that. They are looking at that marketplace very seriously now and saying how can we help these designers grow because they are our future.

DD: Do you think MADE is going shake things up in Paris? Will Paris become a place for emerging designers?

Jenné Lombardo: These things are like drills, America has been experiencing a new wave of this generation, and right now Paris is about to undergo this wave. It’s not every year that a new generation of talent is turned out, but there’s always this school, and I think that’s starting to realise itself in Paris.

Keith Baptista: There are a lot of designers in Paris of this category that no one is shining a light on, there are also a lot of designers who are forced to show at couture because there’s not enough space in the calendar. So couture is in a really interesting time right now. It used to be about established points of view but because of the scheduling it’s become a great platform for design talent.