LFW had many highs. The scrums of posers waiting for street snappers to blog them were not among them

Around London Fashion week, Dazed contributor Isabella Burley offers her view on how men and women dress with The London Cut

There is something particularly desperate about the situation outside the London shows this season.

It feels like it has reached an all time low. To pass through the courtyard at Somerset House, you are agreeing to be fully immersed in a haze of photographers, bloggers and a new generation of dressed up posers. Cameras are prodded in your faces, people are pushed out of the way as someone else tries to capture a look that will eventually be immortalised online. It is pure chaos.

The real issue is, however, that more attention is being given to what is happening outside the shows than on the runway. Street style shots have become just as important as show reports, and this hysteria is the by-product of our digital generation. We exist at a time, where we all live out our lives in a digital realm. Our experience of fashion, and pretty much everything else, is predominantly virtual. If someone can stand outside a show and be photographed it will be immortalised online. Just one image can spread, be re-blogged, tweeted and have the possibility to go viral. People will always seek out their fifteen minutes of online fame.

I have no real issue with dressing up – it is the 'shock' factor that frustrates me. What's more, over the last few days I have seen the same faces standing outside the shows, waiting eagerly to be photographed. There have been men wearing wrestling masks, bondage gear and even a girl in a head of a rabbit costume. It is just so boring.

This very issue is something that Suzy Menkes discussed in her 'The Circus of Fashion' article for the New York Times.  She reminded us of what the shows used to be like pre-mainstream internet, when editors would flock to abandoned warehouses to catch a designer, dressing up for themselves and not to be photographed. I began thinking about it more at Pam Hogg's show on saturday evening. The front row was taken over by cult fashion figures, including Judy Blame and Princess Julia. Editors were pushed back to the second row, to make room for the former club kids of the 1980s, who pioneered the very theatrics that has come to be associated with British fashion. Dean Mayo Davies summed it up perfectly in his Pam Hogg show report, when he said "industry politics are out the door here, it's more about party politics, nightlife." It reminded us of how things used to be, when a show blurred the boundaries between a club and a catwalk. That is how it should be – inside on the runway and not outside. 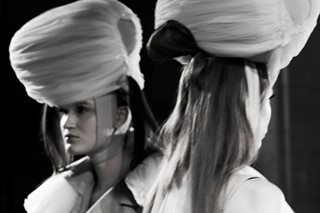 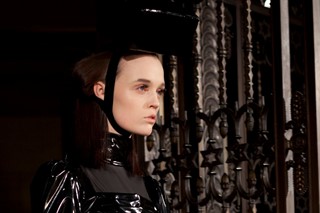 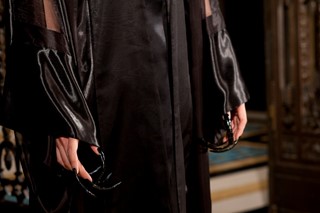 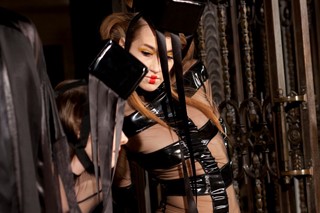 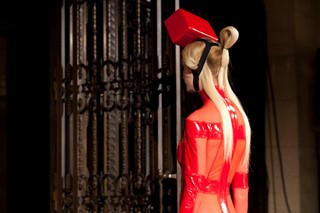 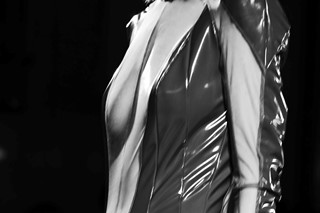