Things got dark and twisted on the last day of LC:M, so we take a closer look at the horror references that emerged on the runway 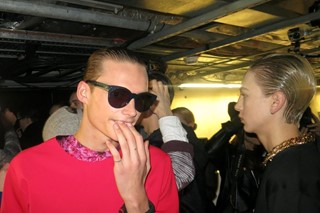 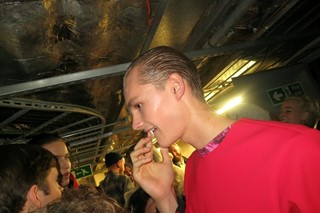 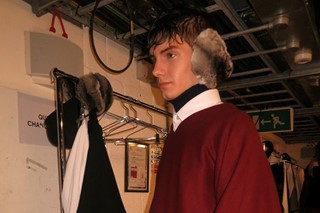 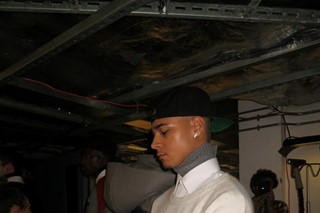 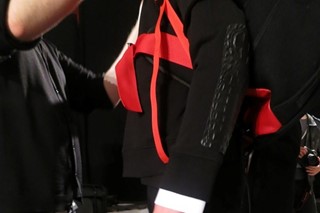 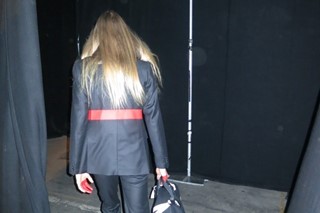 Around London Fashion week, Dazed contributor Isabella Burley offers her view on how men and women dress with The London Cut

“Is this a fashion show or a funeral?” someone whispered into my ear on the first day of shows. But surprisingly, by the last day of LC:M a new kind of darkness emerged on the runway when designers sent out their own unusual breed of monsters and vampires. Of course there was a twist - Katie Eary's vampires weren’t concealed in black but rather covered in fuchsia flower prints, whilst Shaun Samson's monsters looked as though they had been taken from an American ice hockey team.

“Horror is something I am constantly obsessed with,” screamed Katie Eary backstage as her fang-wearing models walked past her. “I started by looking at eighteenth century paintings of banquets,” she continued. “I was looking at the food actually and then I thought what if there were bodies amongst it – this idea of eighteenth century gore.” This season, her prints did have an almost gore-like quality to them, particularly in the way her images were layered over each other. Flowers and lobsters were digitally manipulated in deep pinks, blacks and blues – translating the painterly quality of the eighteenth century images she referenced. Models appeared wearing gold chocker neck pieces and pointy fangs, allowing Eary to craft her own hybrid of streetwear vampire.

Christopher Kane also paid homage to the icons of horror in his menswear presentation. Dracula and Frankenstein both appeared on printed t-shirts and on velvet slippers, whilst his moody colour palette of midnight blues, blacks and deep purples were an nod to the darkness genre itself. Kane's use of fur took reference from werewolves and appeared on shirt collars and evening jackets.

For Shaun Samson, fur was also used as a reference to monsters in his streetwear-heavy collection. Models entered the runway wearing shabby fur earmuffs and ice hockey jumpers - Samson calling them his own “ice monsters.” Backstage, he claimed another important reference this season was camping - “For some reason, I always think that when you go camping you feel like you're in your pyjamas. There are monsters out in the woods and the only way you can protect yourself from the monsters is to say a prayer to God.”

Although Matthew Miller didn't claim that vampires or monsters were on his mind when designing his autumn / winter 13' collection, there was certainly a moody element this season. On the runway, his models appeared in uniform. Each with two of their fingers painted red, something Miller claimed was “a reference to anarchism,” but could have been taken from a modern horror film. The slogan 'Born to Fail' was printed in red on his garments, his “response to being fucked over by Generation X.”