With the menswear shows behind us, we revisit our trio of RISE fashion films. First up, Claire Barrow and Fumi Nagasaka 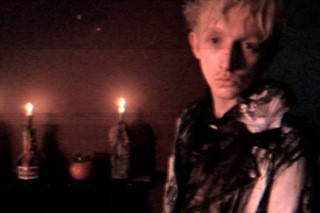 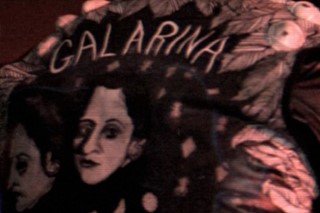 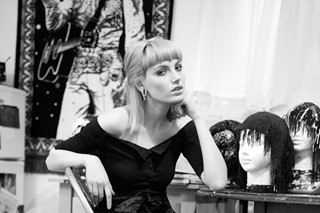 To celebrate the inaugural London Collections: Men, Dazed Digital invited filmmakers to produce fashion films for a trio of the most talented and upcoming designers in London. Honouring both the creative trait of moving images and the Dazed DNA of supporting new talent, RISE Menswear S/S13 saw Alex Mullins team up with Alex Sainsbury, Claire Barrow film with Fumi Nagasaka and a collaboration between Craig Green with Zoe Hitchen. Now, once the dusted has settled and this season's menswear shows are over, we look back at the three films and talk to the designers about their journey, the collection and their films...

Dazed Digital: When did your fashion journey begin?
Claire Barrow: When I started to draw as a child; I have always wanted to live life creating and nonconforming.

DD: You're still at college, but already have a business running. What are your plans for after you graduate?
Claire Barrow: I have been lucky enough to be asked by Lulu Kennedy to show my work in an installation with Fashion East in September, which will be just three months after graduating from University of Westminster. I plan on concentrating on designing whilst continuing private orders for my painted leather range at Joseph. I’m also very honoured to have worked with Dazed and Fumi Nagasaka on this project, shown at the first ever Men’s Fashion Week in London.

DD: You’ve attracted a loyal following for your painted leather jackets; can you tell us a bit more about that?
Claire Barrow: To begin with I did these jackets on commissionable bases but have since shown my graduate collection, which introduced hand-painted silks and digitally printed canvas. I want to be able to provide people with a piece of art that they can wear and keep forever like they would a painting on canvas. It’s not fast fashion, it’s done with soul and time goes into making a one off, hand-done piece.

DD: What inspired the S/S 2013 collection?
Claire Barrow: It's heavily based on the surrealist movement and promiscuity of artists having numerous partners - the kind of arrogance that the ‘artist’ has. It features painted murals on the backs of leather jackets depicting women of the movement; Gala Dali, Peggy Guggenheim, cross dressing Marcel Duchamp’s alter ego Rose Sélavy, plus painted leather trousers that celebrate ‘The Venus’ - the ultimate surrealist fantasy of female sexuality.

DD: Tell us about the concept of the video you shot with Fumi Nagasaka.
Claire Barrow: Fumi and I wanted to create a punk sense of youthful arrogance that comes from feeling immortal. We used dark lighting to cast shadows upon boys with beautiful faces but monochromatic, strong clothing. I like her documentary style with the feeling of youthful anarchy. She has the same need as me to romanticise reality.

DD: Why do you think London is ready for a full menswear week?
Claire Barrow: Menswear is more exciting in London than ever, magazines such as Arena Homme + being better than ever, exciting menswear stylists and a new generation of designers. Menswear has developed into practically a new movement in itself.

DD: And what will the London Collections: Men represent at large?
Claire Barrow: Revival, equality and sexiness for men.