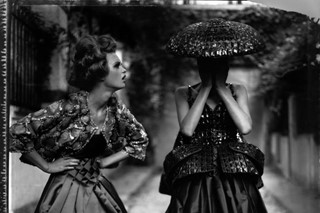 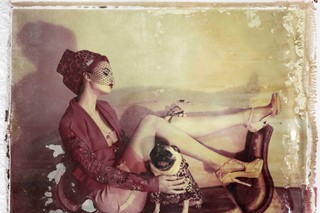 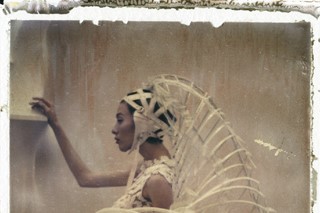 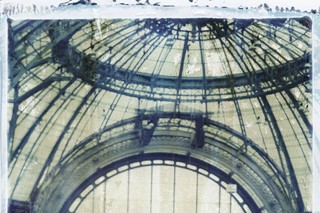 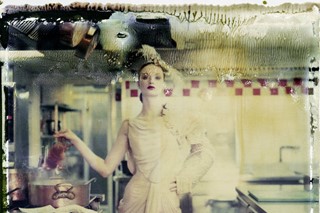 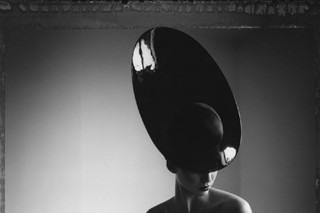 Cathleen Naundorf is a photographer of the old-school, for whom composition and technique is everything, her photographs considered and refined in an approach not unlike classical painting. Something which was encouraged by her mentor, the iconic Horst P Horst, with whom she learned all about lighting: the crucial element of photography. It was Horst that also encouraged her to be strong and not get eaten up by the industry, to do things on her own terms.

Shooting large format, Naundorf releases Haute Couture: The Polaroids of Cathleen Naundorf, a book collecting five years worth of her work with the world's most extravagant and expressive fashion – and all the narratives inspired by it. Dazed Digital spoke to the Paris-based photographer to learn more.

Dazed Digital: You’ve been working on the Une Reve de Mode project since 2005, that’s quite a dedication...
Cathleen Naundorf: Yes but you know, you don’t wake up in the morning and decide to make a book, everything in life comes bit by bit; you feel you want to develop something and you try. I never thought this project would get this big. I never wanted to run after a style, because when you have the picture, the style is already over. Haute couture made sense for me – I come from an arts background and it was amazing for me to discover the freedom of a designer to play with textiles, structure and sculpture.

DD: What did you learn about the contrasts of the houses?
Cathleen Naundorf: Well, there are big differences in the designers themselves, they have different characters and their work is really a reflection of their character and personality. There's one Jean Paul Gaultier, one Karl Lagerfeld and just one Valentino and John Galliano. People like these are not born every day...

DD: Do you have a special memory from the project – is there an image which is particularly close to you?
Cathleen Naundorf: Well, I did 150 photoshoots for the book and for every picture there are so many stories you'd never imagine. 'The Crying Game' for example. That's a black and white picture, I shot out in the street, around a charming 18th century house. The couture was John Galliano for Dior and I had the idea of two girls coming to earth from Mars because the dresses were very martian-looking and insect-like with big hats. Very beautiful. The ambience was romantic but futuristic – and it broke when one of the models, who I thought was really tough, suddenly started crying. When we took off her hat, there was a metal structure that had made her bleed, blood was running down her face. She continued crying and we made it into a scenario where it looked like she'd been provoked by the other girl in a childish game. That's a little story but I have huge, big stories. Every picture has a tale – and that's fascinating.