The Italian fashion scene mourns the "lady of elegance", who died last week. 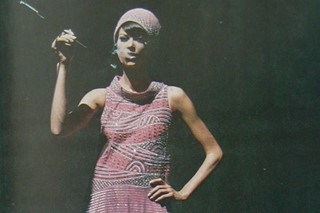 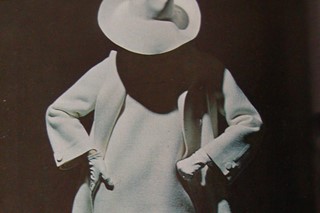 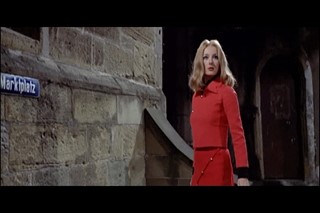 In the ‘60s, at the apex of her career, she was dubbed as “the feminine Courrèges”. Mila Schön had indeed launched a modern style characterised by clean geometric lines and designed with a dynamic, strong and feminine woman in mind. Among the famous women who favoured her designs there were Jacqueline Kennedy, Farah Diba, Ira Fürstenberg, Marella Agnelli and Lee Radziwill.

Born in 1916 in Trau, Dalmatia, Maria Carmen Nutrizio pronounced her first fashion-related word when she was 4 years old. When her grandmother asked her what she wanted as a present for her birthday she replied “trépize”, fabric cuts, to make a dress for her doll. Maria forgot about her first love, fashion, until her marriage to precious metal merchant Aurelio Schön failed. Frequenting catwalk shows to study on the evolution of fashion, researching dressmaking and tailoring techniques, Maria opened her first atelier in 1958 in Milan, in a flat in Via San Pietro all’Orto. Using a nickname from her childhood that had stuck with her, Mila, she soon became well-known among local ladies.

Invited in 1965 by Giovanni Battista Giorgini, the “father of Italian fashion”, to showcase her collection at Florence’s Palazzo Pitti, Mila Schön presented outfits in twenty-five different variations of violet, from lilac and mauve to wisteria, attracting the attention of the international buyers. In 1966 she received the Neiman Marcus Award, becoming famous all over the world, and opening her new atelier in Milan’s Via Montenapoleone. Designed by architect François Catroux, the modern boutique, furnished with Joe Colombo and Eero Saarinen‘s pieces, featured a workshop and a spaceship-like all-white catwalk arena with 120 seats.

The decade between the ‘60s and ‘70s was very important for the designer as she defined her personal style: inspired by the world of art and in particular by Lucio Fontana’s holes and slashes and Kenneth Noland’s chevrons, Schön designed futuristic and monochromatic outfits with geometric cuts. Art had a growing influence on Schön’s creations: Gustav Klimt’s paintings turned into precious embroideries; Alexander Calder’s mobiles were used in her prints and Victor Vasarely’s images inspired the patterns for coats and skirt suits.

New materials also became important and Schön created double-faced fabrics that allowed her to design outfits characterised by a distinctive tailoring. The designer also became famous for supplying women and menswear, prêt-à-porter and haute couture designs for the legendary horror film La dama rossa uccide sette volte (The Red Queen, 1972) by Emilio Miraglia. Enthusiastic about the chance of seeing her creations worn on the screen by actress Barbara Bouchet, Schön even placed at the disposal of the film crew a van that turned into the set for a violent scene.
Schön’s empire grew with lines of accessories and perfumes, and, in the ‘70s, she also designed the hostess uniforms for Alitalia and Iran Air. After a period of crisis in the early ‘90s, the brand was acquired by the Japanese group Itochu that later on licensed the brand to the Mariella Burani Fashion Group. Last year the brand was acquired by Italian company Brand Extension that recently re-launched it with new collections designed by Bianca Maria Gervasio. Inspired by Schön’s pure lines and Yohji Yamamoto’s sculptural clothing, Gervasio’s creations are all characterised by a sober style. Gervasio’s Spring/Summer 09 collection for Mila Schön will be presented on 26th September in Milan, while from 19th September to 12th October 2008, the exhibition “Linee, colori, superfici” (Lines, colours, textures) at Milan’s Palazzo Reale will celebrate the 50 years of the maison.

According to Giovanni Battista Giorgini, Mila Schön’s haute couture was the real haute couture, it was “authentic, marvellous and perfect.” Her timeless geometries, pure volumes and lines and her elegant style - synthesis of creativity and inspiring and imaginative ideas - will be greatly missed.
Read More