1July 2021
TextAlex Peters
Not Dead Yet4 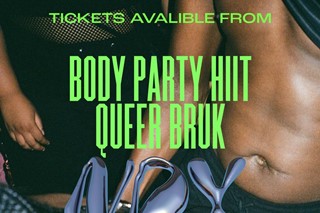 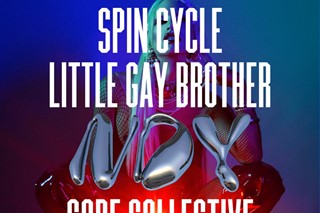 Looking after yourself, particularly when you’re queer and a person of colour, is a radical act. When you live in a world that is hostile to your identity, your community, and your way of life, when governments are working to erase your rights and existence, keeping yourself alive and healthy is an act of resistance and defiance.

For Ryan Lanji it has also been a way for him to keep his community together during a time when pandemic restrictions forced the shutdown of LGBTQ+ nightlife – a lifeline for so many. “The whole community was devastated. No one had anywhere to go. People who don’t have any family, who’ve been exiled and abandoned, who are living in shared flats and isolating in their bedrooms, they had nothing,” says the fashion and art curator, and founder of London’s queer Bollywood club night Hungama. “And these bars are no longer open until three in the morning where we can heal on the dancefloor and have that pain pacified by alcohol and music. We were all just sitting with our darkness.”

A solution came to him after attending a gym class where he found himself the only queer Brown person there: wouldn’t it be great if he could take the inclusive, welcoming energy of LGBTQ+ venues – along with the music, performers, and DJs – and bring it into fitness spaces to make them accessible environments that prioritise queer bodies. Not only that, but it would also help create the beginnings of a more fulfilling queer day life, which has historically been lacking.

“I think if we can all start moving our bodies, take care of our vessels together, and realise how important it is to nourish ourselves, we can be more confident and happy” – Ryan Lanji

Just as Not Dead Yet was born, however, lockdowns two and three hit the UK, and the idea was forced to become temporarily virtual. From sound bath sessions hosted by a non-binary sound engineer to an introduction to weights led by a British Sign Language interpreter, throughout the lockdowns NDY provided onlines classes seven days a week. A safe and inclusive space, all coaches were people of colour or queer and participants shared their pronouns at the beginning of each class. By the end, over 2,000 people had attended sessions.

Now that lockdown is lifting, and people can start heading back to the gyms, Lanji has finally been able to bring his vision into physical being. Beginning July 3, NDY’s first IRL series will offer sessions with the likes of Little Gay Brother (house disco), Queer Bruk (dancehall and bashment), and HUNGAMA (Bollywood and hip hop), hosted in premium gyms. “The idea is to create immersive experiential fitness classes where you don’t have to worry about your gender, you don’t have to worry about your body type, and you are training with people who don’t trigger you and don’t unknowingly give you dysphoria,” says Lanji. “I think if we can all start moving our bodies, take care of our vessels together, and realise how important it is to nourish ourselves, we can be more confident and happy.”

We caught up with Lanji to find out more.

Do you think there is a specific importance for LGBTQ+ people to look after themselves through fitness?

Ryan Lanji: I do think it’s important because I think we underestimate how our capitalist-driven society has trained us to aspire to be either skinny white women or muscle-y white men. It’s really important for us to realise that by being queer, we are a part of a spectrum of shapes, colours, sizes, and abilities. I want to change the current perspective around fitness and start bringing in heart and soul.

I think within the wellness sector that we have now, there’s a lot of sage and crystals and meditation and mindfulness – it’s all calming the body down, rather than allowing you to release all of the pent up energy, anger, and sadness. So a lot of people are trying to find a place of calm when really they need to get it out. Go into the class and be angry, go into the class and exhale, go into the class and sweat it out. And then once you’ve done that, find the peace and solace of your heart and soul meeting your adrenaline and vibration.

NDY offers a huge range of classes, from yoga and meditation to spin and HIIT. How did you put together the programme?

Ryan Lanji: The classes are actually a manifestation of my own practice and my own journey of health and wellness in the last year. I would go to a sound bath monthly and I became so passionate about New Moon baths that I started to buy them for my friends. People have cried during the sessions, people have laughed, some people fall asleep, they’ve been amazing experiences.

I also train twice a day where I sweat and push my body. And then I recover. I think in training a lot of people, especially in our muscle-driven society, don’t realise that you need to flex and release. So I wanted to create a programme that allows people to stretch their body and release their body through yoga, and through movement, but then also build their body through weights and through high intensity interval training, and experience the whole spectrum of fitness. And at the same time, it’s like you’re coming to all the club nights and learning about all genres of music and all the DJs.

“The queer community is missing that generation to teach us how to be and how to live and how to learn, because they were all taken away from us during the AIDS epidemic” – Ryan Lanji

So it’s a holistic programme – you’re developing all the parts of your body.

Ryan Lanji: Yeah and doing it chunk by chunk, not trying to heal yourself in two weeks or get to a certain body goal before the weather changes. It’s trusting yourself and loving yourself enough to just let it be a part of your lifestyle. And then making that lifestyle accessible because it’s not something that we all get to have all the time, these premium gym spaces. Queer people are just disproportionately disadvantaged and aren’t able to afford 70 pound a month gym memberships.

Where do you want to take this? How do you see NDY evolving?

Ryan Lanji: I love the idea of keeping it open-ended because we want people to take the class and give feedback and then have it grow based on everyone’s ideas being heard. I’m super excited to have Nadine Artois, the founder of Pxssy Palace, at the helm. I think we went through a phase where all these queer club nights and intentional spaces started popping up on the peripheries – Pxssy Palace, Hungama, Inferno, Queer Bruk – and they were all amazing but they weren’t together, so it was separating everyone.

So Nadine and I are really working on bringing everyone together and celebrating the future of diversity, and allowing for learning and unlearning and transformative justice. And while doing that on our platform, allowing allies to watch us grow together and be really sick role models. Eventually, Nadine and I would love to see a queer space that is 24/7, like a Soho House, but that is super inclusive and accessible, progressive and forward thinking, housing all the classes and events. I’d love to see NDY on a global scale like a new age YMCA. 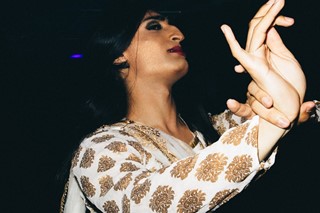 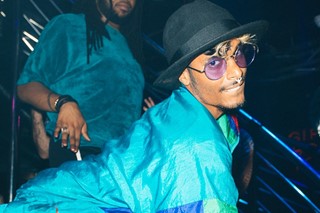 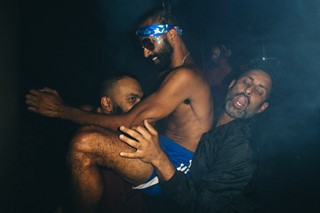 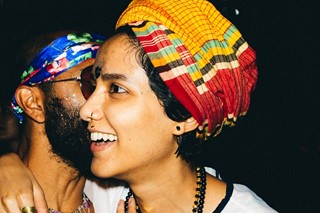 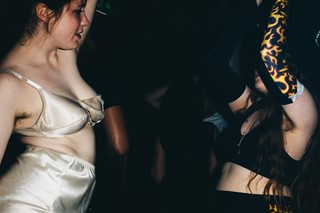 NDY also has an editorial aspect to it – why was that something you wanted to include?

Ryan Lanji: I really think that it’s important that we look at how media is being communicated to us. In the queer community at the moment, there’s a big clickbait culture – a lot of exposing or piggybacking on people’s personal lives in the public eye, or Drag Race cast rumours. It’s very, very specific, stereotypical content. There’s no nuance, no deep dives. So I’m really interested in allowing people to – instead of being POC writers to be POC thought leaders and commission articles that they think should be written. I want to create a sharing space that allows for exceptional healing.

I’ve been so proud of the articles, like Dani St James’s apology to their body. It’s such a short, sweet, and deeply moving article about how they never really gave their body love because their body wasn’t the one they wanted. But in retrospect, they realise that it’s got them to where they are now. We don’t often get to see trans voices or QPOC non-binary voices talking about their journey and their healing and recovery, and then the elation of being able to accept themselves.

I thought Theophina Gabriel’s piece about restricting food as a self-punishment was also a really powerful piece.

Ryan Lanji: Yeah, super powerful. Nadine, when they get these articles in, we read them aloud to each other and just cry. It’s really moving to me to see people see the power of the space that we’ve made, and for them to share their experience to make sure it never happens again.

One of the major things that has crossed my mind recently is about It’s A Sin which created this sort of access point for our generation to the AIDS crisis in the UK. And what it made me realise when I watched it was how many of those voices are not with us now. The queer community is missing that generation to teach us how to be and how to live and how to learn, because they were all taken away from us during the AIDS epidemic. So I’m trying to retroactively right those wrongs and build a stronger queer community now because if we don’t come together and bring everyone in like this, we’re gonna lose more people through shame and through addiction.

And provide the younger generations with an example – setting up these structures so that they can just join the class, rather than having to set it up for themselves.

Ryan Lanji: Exactly. NDY stands for ‘Not Dead Yet’ because no matter what, we will always rise, no matter what comes our way we are not dead and we’re not going anywhere.

The NDY classes begin on July 3 with Queer Bruk x Body Part HIIT. Sign up to attend any of the sessions here. A second series will be announced in August.