Fear and lusting in the deep south: the stars of Sofia Coppola’s revenge-fuelled epic on how the director’s films defined a generation, in the second of a two part conversation

You can buy a copy of our latest issue here. This is the second instalment of a two-part interview, taken from the summer issue of Dazed.

(Concluded from Part I)

Both of you started out in the industry as kids and grew up around film sets, and you’ve both had graceful transitions into adult roles. Do you see yourselves in one another at all?

Kirsten Dunst: There’s definitely a kindred spirit, soul-mate thing that I feel with Elle. But Elle is more confident than I was at 19. Maybe I had more of a people-pleasing thing. Maybe that was the way I grew up, I really don’t know.

Have you given Elle any advice?

Kirsten Dunst: Listen, Elle is doing a great job. I don’t need to tell her anything. I’ve told her before, ‘Watch these movies.’ I wrote her a list of great female performances that she should watch. The way I’ve always navigated is just to wait. Don’t do a movie just to do a movie. Go with your gut and try not to get pressured into things. Of course, that happens to all of us. Everybody will say, ‘Well, look at these elements. But it’s a lot of money and it’s only six weeks.’ And I say, ‘Yeah, but I don’t really care because it’s part of my body of work and what I choose.’ Because actually other directors and actors want to work with you based on your taste and what you’ve chosen. You’ve really got to cultivate your own career path, because you can have all the agents and managers in the world telling you what to do but at the end of the day, it’s your taste and it’s what you want to express and the kind of movies you want to see. 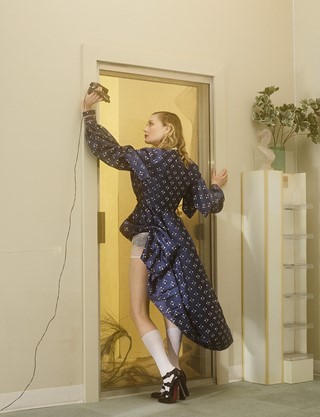 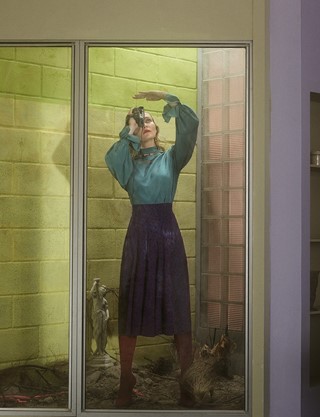 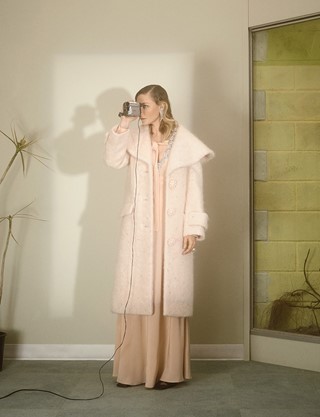 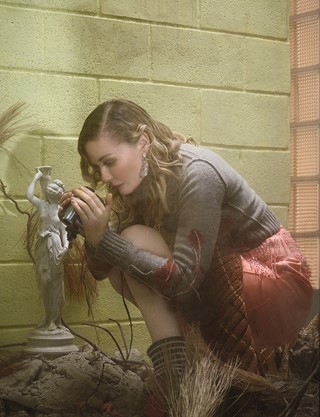 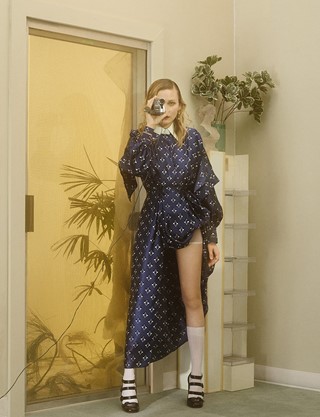 What’s remarkable about you, though, is that you’ve never been typecast. Were you always wary of falling into that trap?

Kirsten Dunst: My friend Simon Pegg wrote a part for me once and the studio wouldn’t let me play it because they said ‘She’s not a comedy name.’ Meanwhile, I made (cult cheerleader comedy) Bring It On. So, this happens all the time. You always have to re-prove yourself in some weird way and it’s frustrating. Hollywood has a very short-term memory. It really does.

“When I think of all of my favourite movies, Kirsten is in them” – Elle Fanning

Elle Fanning: Well, when I think of all of my favourite movies, Kirsten is in those movies. She just makes the best choices, like Eternal Sunshine of the Spotless Mind, which is such an amazing movie. All of the films she’s in are so different, like Melancholia. I’m so excited for (Rodarte founders Kate and Laura Mulleavy’s directorial debut) Woodshock!

Kirsten Dunst: I’m so excited. But also, on Eternal Sunshine, I was not Michel (Gondry)’s first choice. I had to fight for that role. Even though I was dying to be in it because the script was incredible, he wasn’t like, ‘You have the role,’ do you know what I mean? But now Elle is getting to work with John Cameron Mitchell (on How to Talk to Girls at Parties) – I’m so excited to see that. I love Hedwig and the Angry Inch, that was one of my favourite movies. I think Elle is making the right choices. She’s getting in with the right people and those relationships will never go away. And that’s really what this industry is based on. Elle doesn’t have vanity; everything is about the work. The way that Elle handles herself is what I fell in love with. And she’s also one of the funniest people… She needs to do a comedy.

What has Sofia’s reaction been to watching this friendship grow between the two of you?

Kirsten Dunst: She loves it! Right, Elle? Sofia is like our third. We all have our little inside jokes because we’ve both known Sof for a while, too. There’s a familiarity there. Remember when we shot that thing on set?

Elle Fanning: Girls Gone Wild: Civil War Edition! We have some really good videos of it. We should have done more. We would run up to the camera and flash our ankles.

Kirsten Dunst: And the craft service had red Solo cups so it looked like everyone was drinking alcohol on set. We were running with the Solo cups in our hands, in our costumes, in the field, and then we would run up to Sofia and bare our ankles.

Elle Fanning: It was cool for me because I was 11 when I did my last film with Sofia. Obviously, we stayed in touch and we would see each other, but I feel like she saw me in a different light too. On Somewhere, I felt like Sofia was more like a big sister, but on The Beguiled I felt like we became girlfriends. That was a neat transition for me, because I’ve never had that transition into friendship.

Has working with Sofia changed at all?

Kirsten Dunst: On The Virgin Suicides we did a lot of similar work prior to shooting, where we would get together as a family, cook breakfast and play games. On this movie we had Bible study, cooked breakfast together, and learned dances. So that’s very similar. She’s intuitively on it. We’re very much in tune with what we know is necessary for the role and the scene, so we don’t have to discuss it a tonne. What do you think, Elle?

Elle Fanning: It’s about every single element, and no one element is any more or less important than the other. Everything is equally important. That’s why her movies look so amazing – it’s the design, the lighting… Everything comes together to make a Sofia Coppola film, which is unique. It’s not just the acting. She is involved in every single decision and detail to make it look the way she wants. Even the table reads are beautiful. Everyone had a place card with their name inscribed on it in old-fashioned calligraphy like in the civilwar period, with the scripts which had pink flowers all around them. Even something like that gets you in the mood and sets you up for what filming is going to be like. And every day we’d get dressed up in our corsets, and all the layers, which puts you in the mindset immediately.

Kirsten Dunst: And she has all her friends there. She always has her friends working with her, and that’s the dream.

This could be the beginning of a powerful on-screen duo. If you were to be in another movie together, what sort of movie would you like it to be?

Elle Fanning: I feel like we’ve already thought about what it should be.

Kirsten Dunst: We had a couple of ideas. I was thinking of a Death Becomes Her-type of movie. You know, where they’re having so much fun together but they’re playing people that hate each other, and because they really love each other the chemistry’s just off the charts. So we need something where we play enemies. Either that, or she plays an actress and I’m her minder who comes with her and together we get into a lot of trouble. What do you think about that, Elle?

Elle Fanning: You can be my chaperone.

The Beguiled is in UK cinemas from July 14