Fear and lusting in the deep south: the stars of Sofia Coppola’s revenge-fuelled epic on how the director’s films defined a generation, in the first of a two part conversation

You can buy a copy of our latest issue here. This is the first instalment of a two-part interview, taken from the summer issue of Dazed. You can read the second half, featuring Kirsten Dunst photographed by Casper Sejersen, later today.

About two thirds of the way into The Beguiled, Sofia Coppola’s new American civil war-set gothic western, something happens: the sexual tension that’s been simmering at an all-girls boarding academy crescendos into something explosive, throttling the film into a barbarous and gruesome third act. It is the great cinematic moment that pivots the story away from what you think it’s going to be towards something unthinkable, where nothing short of life and death hangs in the balance. But you try telling Kirsten Dunst and Elle Fanning that.

“Elle was doing booty dance moves upstairs and we were just out of control,” recalls Kirsten Dunst, who stars as Edwina, the forlorn and innocent schoolteacher to Elle Fanning’s more scheming and lustful student, Alicia. “We were just having too much fun in those nightgowns.”

“I remember the day!” Fanning chimes in. “We were both upstairs, and it’s a huge scene in the movie, where we’re all terrified and upset. But we were just being so ridiculous.”

“And I remember Sofia just looked at me and said, ‘Kirsten! He may be dead.’ I was like, ‘Oh yeah!’” The two of them burst into laughter, a riot of giggling that barely, if ever, drops below a dull roar.

It’s almost hard to believe that The Beguiled, a remake of a 1971 film starring Clint Eastwood and Geraldine Page, marks the first time Dunst and Fanning have appeared in a film together. Each has been a muse to Coppola before – this marks Dunst’s fourth picture with the director, and Fanning’s second – but if they have their way it will be the first of many. Though the two had been acquainted through Coppola and other friends over the years, they found a rare closeness working amid the dusty antebellum plantations outside New Orleans. At times, to hear them talk about their newfound friendship is so extraordinary that it borders on the supernatural.

“Kirsten and I turned to each other on set one day and we were like, ‘I love you.’ And then we were like, ‘We love each other!’” Fanning says. “It’s so funny, because we were both child actors and we share certain similarities (in) the way that other people see us. But also our personalities complement each other in such a way that we were like, ‘Our souls are connected.’”

“You never find that,” Dunst concurs. Here, the two actresses speak about their special bond, industry expectations, working on a female-dominated set, and carving out their own paths as two of independent cinema’s most magnetic performers. 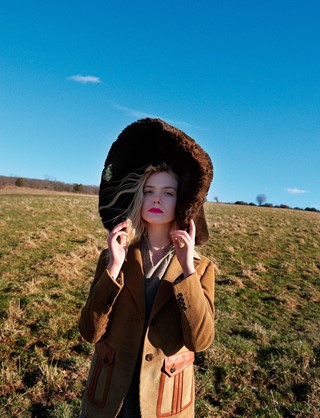 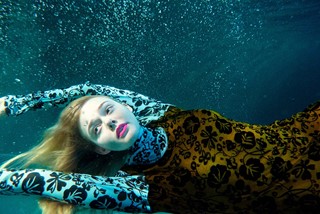 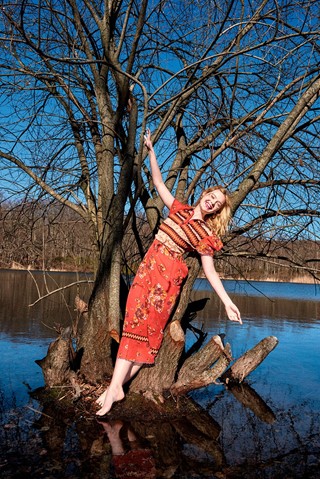 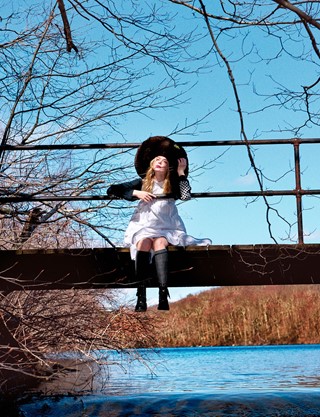 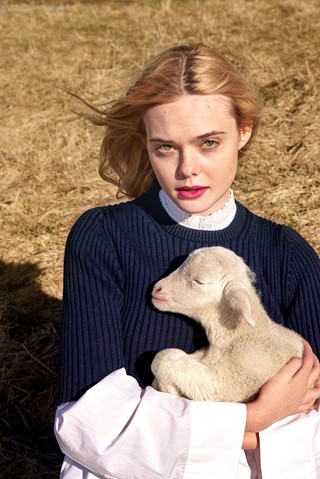 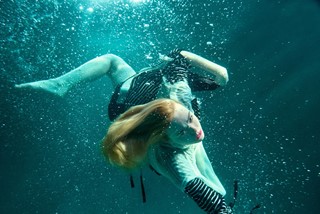 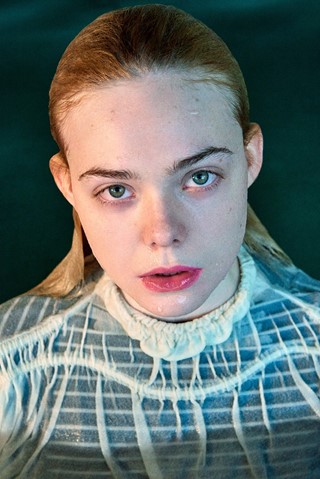 When did you first become aware of one another’s work?

Elle Fanning: The Virgin Suicides was, and still is, one of my favourite movies. I have a Virgin Suicides poster on the wall in my bedroom. And Marie Antoinette I saw in the theatre. I was off somewhere with my grandma and I had seen that it was coming out and really wanted to see it. But I was young at the time. And I think my grandma was like, ‘Hmm… Is she old enough to be seeing this?’ I remember there was a sexy scene and my grandma covered my eyes!

Elle Fanning: And remember the scene where they’re undressing you, in the beginning? I was like, ‘OH MY GOD!’ because it was probably the first time I had ever seen a naked person in a movie. (Kirsten laughs) It was your butt!

Kirsten Dunst: That’s hysterical! I had no idea. I met Elle through Dakota. But I remember first seeing her in The Door in the Floor because she was so cute and so good as a little thing! And then I saw her in Somewhere and I just felt like she was so natural and magnetic to watch. She’s just so in touch with her emotions and not afraid to express them or be embarrassed by them. It felt so authentic, and that’s hard to get.

How did The Beguiled come to you both?

Kirsten Dunst: For me, it was a process of a few years. I remember Sofia being like, ‘I’m thinking of remaking this movie. Have you seen it?’ And she said, ‘Here’s the book.’ I mean, she had her dream cast and she told it to me, but there was definitely back-and-forth until it solidified.

Elle Fanning: When she told me, it was closer to when we actually started to shoot. She had emailed me and been like, ‘Hey, here’s this.’ She sent me the script and said that Kirsten wanted to play Edwina. Kirsten and I had met by then, but we weren’t as close as we’ve now become. And then I saw Kirsten and I remember (us saying) how we both wanted to do it together. I don’t know about you, but when Sofia comes to you with a film, I’m like, ‘YES!’

Edwina is sort of sheltered and innocent, whereas Elle’s character, Alicia, is more conniving. How different is the dynamic between Edwina and Alicia from the one between Kirsten and Elle?

Kirsten Dunst: I always thought that Elle’s character was like the naughty girl that got sent to our school to be reformed because she was a sexual deviant.

Elle Fanning: I would stare at Kirsten’s face during a scene, and I just couldn’t. I’d be like, ‘I can’t look at you’ because normally our characters would have been – it’s not like they’re rivals, exactly, but Edwina is Alicia’s teacher!

Kirsten Dunst: When I have friends or family come visit me on set, I get very self-conscious because they know me so well. And the more Elle and I got to know each other, the more we became friends. We even had a few sleepovers during filming. So when you have to act in front of your friend you get really self-conscious. And then, add a bunch of inside jokes to that on set and you’re screwed. Nicole (Kidman) would be like…

Elle Fanning: ‘What are you guys laughing about?!’

“My mom normally goes with me to set, so this was the first time I went alone. Once you turn 18, you don’t have to have anyone with you. It was kind of special, in a weird way – like going off to college” – Elle Fanning

Kirsten Dunst: She would just laugh at Elle.

Elle Fanning: ‘She’s so giggly!’ And that would make us explode. We would just explode.

Kirsten Dunst: Even Sofia would lose it sometimes. It’s hard not to when you’re on set with a bunch of women who are also friends. You’re bound to have too much fun sometimes.

What was it like being on set in that antebellum mansion?

Elle Fanning: Even though the shoot was fast, it felt like we were there for a long period of time. My mom normally goes with me to set, so this was the first time I went alone. Once you turn 18, you don’t have to have anyone with you. It was kind of special, in a weird way – like going off to college, the first time leaving home and having that experience. And my mom knows Sofia and Kirsten, so she felt comfortable. I felt very independent.

“I get very self-conscious because they know me so well. And the more Elle and I got to know each other, the more we became friends” – Kirsten Dunst

Kirsten Dunst: I think my first one was a movie called The Cat’s Meow, and not only did my mom not have to go, but I was in Germany by myself. So mine was a semester abroad type of feeling. But I was with adults. If I’d had Elle with me, we would have gotten into a lot of trouble. I spent a lot of time alone in my hotel room because I didn’t have a friend.

Elle Fanning: We had that weird cab experience…

What was the weird cab experience?

Kirsten Dunst: Oh, you tell it.

Elle Fanning: I was just scared out of my mind, but Kirsten was totally fine.

Kirsten Dunst: We were in an Uber…

Elle Fanning: …and the Uber drove up to another cab and exchanged thousands of dollars. In cash!

Kirsten Dunst: This is in broad daylight. The cab pulled up to another cab and they started yelling at each other, and he was like, ‘You owe me! You owe me!’ For a second I thought to myself, ‘What the hell is going to happen?’ Then I looked over and Elle looked frightened, like maybe a gun was going to get pulled. And then I thought to myself, ‘OK, these are two professional cabs, I think we’re OK.’ But then the guy doesn’t get out of the cab, leans over the passenger front seat and gives him over a thousand dollars in cash. We were like, ‘We’ll get out here!’ (laughs)