For AW16, the Mulleavy sisters return to their college town to take on the clichés of the city’s hippie associations 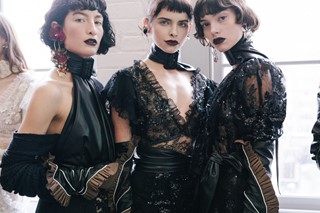 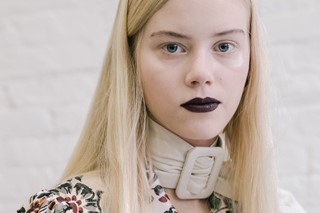 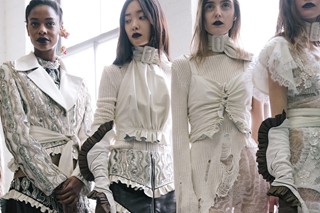 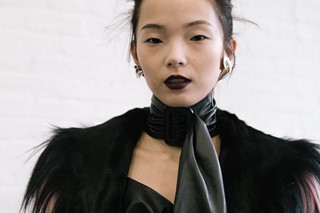 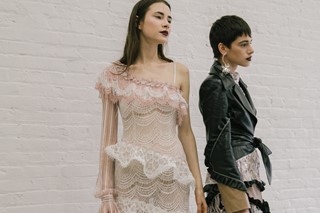 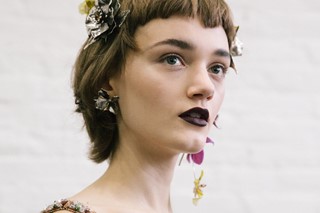 Fanciful is not how you would generally sum up New York Fashion Week, with its heavyweight pragmatic approach, but Kate and Laura Mulleavy are a different breed. They surge into the city from Los Angeles, with their own diffused imaginings of Californian touchstones, and in a typical Chelsea gallery, they ensnare you into a world of dreams and references that engulf you whether you’re on Facebook or Google or not.

Their latest AW16 collection really was a Rodarte best – one that reminds you why their hauled-around suitcase of dresses impressed editors, almost a decade ago. They looked back to their time at college in Berkeley, when they would go to San Francisco often to hang out. In the infamous Caffe Trieste in North Beach, frequented by the likes of Jack Kerouac, Allen Ginsberg and Bob Kaufmen, the Mulleavy sisters’ minds then wandered. “Recently for our friend’s birthday, we went back and kind of relived our college days,” said Laura. “San Francisco has a lot of memories for us and we went to Caffe Trieste in North Beach where Francis Ford Coppola supposedly wrote The Godfather (1972). It might be fictitious. But it made us think about the idea of San Francisco and what is real.”

From a heightened imagining of the San Francisco in their heads, Kate and Laura meandered over to art nouveau, evident in the abundance of wave-esque silhouettes, tiers of ruffles and the references to nature that tumbled over the ears in languid forms of lilies and orchids (created by LA-based florist Joseph Free) as well as moth patterned furs. “It was the art nouveau referenced in the poster art of old music venues rather than anything to do with psychedelia,” said Laura. It became a thoroughly unexpected take on the clichés of San Fran’s flower power and hippie associations as the Mulleavys’ minds moved further back, to the city’s affinity with European counterparts.

Caffe Trieste’s mythical affiliation with Coppola also made the Mulleavys think of life, love and death – the broadest of themes in his opus magnum. Black lace would segue into white and then bloom into lavish embroideries and beaded formations, falling into place in a contrast of tough leather separates and the most delicate of dresses. Backed to a soundtrack of Judy Collins’s cover of Joni Mitchell’s “Both Sides Now”, the collection seemed to whisper sweet nothings at you as the models walked through a set of carefully arranged rubble, flowers and neon tube lights.

As always though, the Mulleavys don’t take a physical entity on surface value. This was a San Francisco of a truly enchanted imagining, one that doesn’t really bear any literal correlations to the city today or even in its psychedelic heyday back in the 1960s. Instead, the city in the collective memory of the Mulleavys stands aloof, with its poetic billowing lengths, lace and chiffon tiers and water-derived wave patterns, harking back to an indefinable time epoch. “We probably just made it up in our heads,” admitted Laura. “The city looks like pastel sea shells coming up on a mound. It’s one of the most beautiful cities in the world.” Realistic observation be damned because in the hands of the Mulleavy sisters, the make-believe world of Rodarte is too enticing to resist.