Blessed with inspiring architecture and incredible weather, glimpse Barcelona’s local skate scene as we drop the third in a series of films, created with Supra

Revered as a mecca for skateboarding due, in part, to extensive marble flooring and stunning architecture that doubles as inspiring spots to skate, places like MACBA, Plaça de la Universitat and Sants Station spring to mind when thinking about Barcelona.

Since Supra team members Boo Johnson, Oscar Candon, Dee Ostrander and Dane Vaughn began their 10-day European takeover – which has seen them trip from Paris to Aix-en-Provence and Avignon – they’ve been metaphorically salivating at the thought that the final leg would culminate in the Spanish city. “Barcelona is really sick, there are skate spots everywhere and plenty of stuff to do. It wasn’t raining at all so that was nice,” says Ostrander, in a nod to the Paris leg, which saw them dodging raindrops the whole time.

"The skate park was really fun, all the people were really cool. There were tonnes of kids skating around so it was super sick,” he adds.

Anyone following the boys on Instagram would have seen them hitting up a selection of the aforementioned spots – like spending an afternoon at MACBA amongst locals – but for Candon, there’s just as much fun to have once the sun’s gone down. “Just hanging out in Barcelona is always a good time. (There’s) too many good memories to pick one,” he pauses, laughing, "actually probably that night at the Absinthe bar.” He’s recalling Absenta Bar, where he managed to persuade the bartender to sell him two bottles of the Swiss-founded spirit.

Twelve hours later and Candon couldn’t be in better spirits given the antics the night before. Meeting at Amigos Skate Shop, hoards of skaters cram onto a coach for the 20-minute drive to Les Corts skate plaza for the Supra demo. It’s just minutes before the banks, rails and bowls are overrun with skaters, with the demo concluding a few hours later with a ‘best trick’ and wall ride contest that encourages the skaters to slap Supra stickers on the plaza as a marker of the height they achieve.

The morning after the final party of the Chino tour, which took place at Bar 33/45, it’s no surprise the guys are just about ready to head home, with the next thing on their schedule boarding a plane to LA, except for Candon who is going to Paris.

For Johnson, he’s looking forward to seeing his dog Yogi, and to continue work on JHF, a hat company he's starting that stands for Just Have Fun. "JHF is slowly taking off. The hype is there but I’m just waiting,” he says, adding that he knows better to take it slow than to fly out the gate at the first sign of attention for the fledgling brand – which already has over 9.5k followers waiting for the first drop.

Ostrander is looking to take some time out: "Probably, just go home and hang out. Rest up! I need some physiotherapy (for his injured knee); hang out with my girlfriend; watch TV,” he lists.

However, for Candon, he’s so taken with the city that he’s already planning his next trip there, one which will see him move to the city for good, at least for now.

Below, photographer Alba Yruela took to the city’s local skate spots for an exclusive photo series 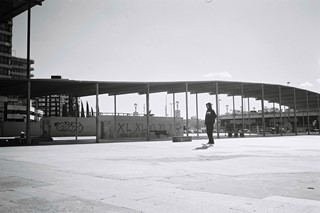 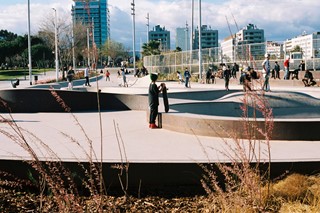 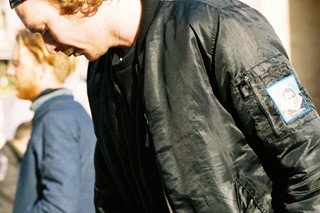 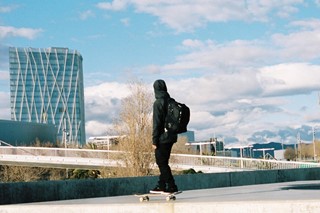 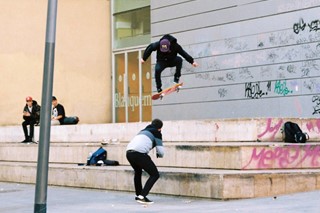 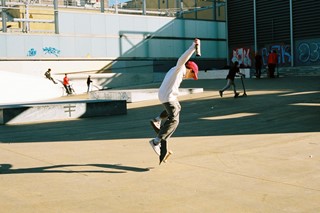