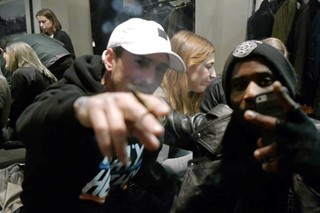 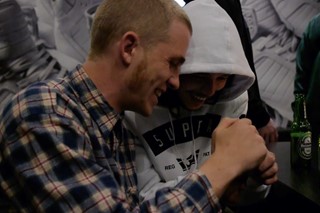 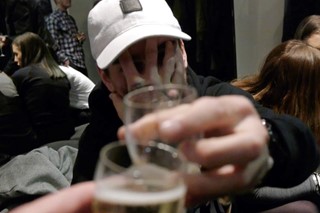 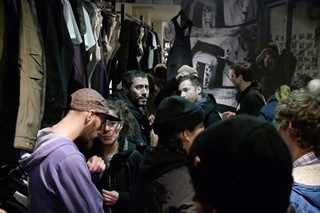 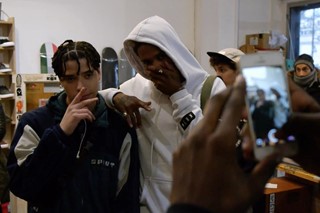 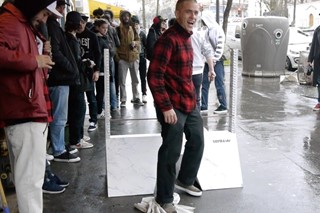 Dropping a team of skateboarders into a city like Paris when they’re more accustomed to sunny California might seem cruel, but Cali-based Boo Johnson and Dee Ostrander – with fellow teammate Dane Vaughn in tow – don’t seem too fazed. “I’m in Paris, so I can’t complain!” says Johnson cheerfully. “I get the vibe they don’t really fuck with foreigners”, he laughs, “and if you try and speak French, it’s like ‘stop please’ – other than that, everyone’s cool.”

Their European tour is completed by French-born Oscar Candon and is a celebration of the trio’s just-released Chino, a new Supra team shoe with colour ways for Johnson, Candon and Ostrander. They’ve just wrapped the US leg a few days before arriving – a journey that saw them trip through Arizona and California for demos and store signings. “I got to see the desert and cactuses, which I’ve never seen before”, recalls Candon, “The drive over there is so nice, you’re just in the middle of nowhere.”

“I get the vibe they don’t really fuck with foreigners, and if you try and speak French, it’s like ‘stop please’ – other than that, everyone’s cool” – Boo Johnson

Now, in a world away from the majestic deserts of California, they’re in Paris for four days. It’s bad luck that this leg of the tour is spent dodging raindrops rather than pedestrians, but Paris is familiar territory. The boys spent a few weeks in the French capital during the summer of 2015 with the full Supra team, where they filmed SUPRA DISPATCHED, a documentary that paid homage to the roots of Parisian skateboarding and those who love it now.

With the Louvre or Eiffel Tower looming in the background of notorious skate spots like The Dome, as well as Republique – which now hosts a memorial for the November 2015 terrorist attacks – while the Parisian skate scene might be an antidote to the capital’s fashion, design and art-focused mentality, it’s clear that it’s also undeniably intertwined.

Although hyped to be on the road, for Nashville-born, LA-based Ostrander, there’s a sense of missing out. He’s been suffering from a knee injury for the past few months – choice timing for a shoe launch. “It’s cool at first (to relax) but then it gets annoying because I’m in a new country and it would be cool to skate. There’s a really good skate scene, there’s a lot of stuff to skate on; great buildings and architecture; quick ledges; walls; it’s different, it’s fun.”

The ideal balance of high energy and laid back of the three is Johnson, who, aside from feeling a “little bit tired” from the 11-hour flight they have just disembarked from, isn’t too bothered by the gloomy weather. “Every time I come here I just go with the flow and hang out. We skate, go to the canal, drink beer, roll up a twister, keep it mellow, sight-see.”

Not surprisingly, Candon is at home. Born in Montpellier but raised on the outskirts of Paris, he’d be forgiven for playing up to the role of tour guide. For him, coming back to Paris is bittersweet. He’s excited to be home, but there’s an unavoidable sadness hanging over the city; the aftermath of November’s terrorist attacks. “For me, this was the worst one (because) it targetted where I go. I’m so lucky I didn’t lose anyone. If that was a band we all liked then we would have been there (that night, at the Bataclan).” He remains positive, though, believing, like most French people, that his city has recovered well, “I feel like everyone’s still ‘living’. Everyone’s outside, in the bars, and I don’t feel like it’s changed”.

Although it’s difficult to see the full spectrum of the youth and skate scene over a weekend in February when it’s bucketing down, what’s the first thing he’ll do once the rain stops? “Ollie into a huge bank and just go really fast, just go for it.”