Fresh from the rainy streets of Paris – with a quick stop off in Marseille and Aix-en-Provence – as the jet lag begins to subside, Supra skate team members Boo Johnson, Oscar Candon, Dee Ostrander and Dane Vaughn find themselves in Avignon, where they’ll be hitting local spot Skatepark d'Avignon for a demo. For French native Candon, at just a few hours’ journey from Paris, he’s still feeling very much at home. “We ended up taking a train down through the town I was born in (Montpellier). I love the south of France,” he says. “Avignon is really pretty. It’s a little castle town that has this fortress around (it), it’s like a medieval town, it’s amazing.” For the others, they’re slowly adjusting to European life, as Johnson says, “you’re just in a whole different zone but you just have to adapt. When we hang out with the kids we just make sure they’re happy – it’s skateboarding, demos and interacting with the kids.” 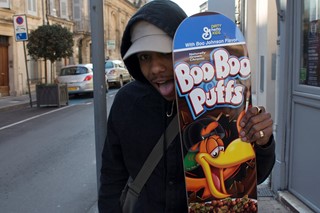 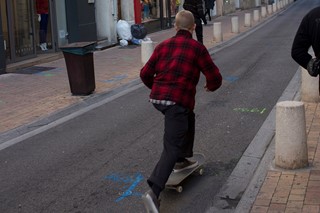 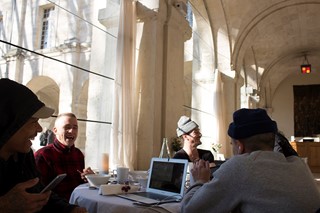 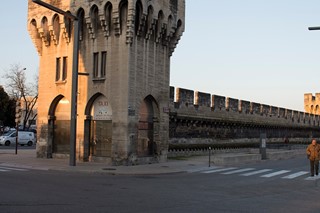 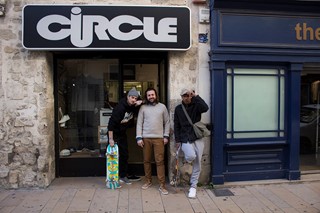 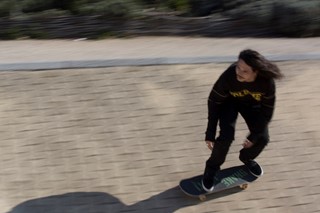 Avignon’s roots can be traced back to as early as 6th century BC and the town itself is surrounded by a four-walled medieval rampart, so it’s uncertain how the historical town would feel about the team skating on and around monuments like Palais des Papes (‘The Palace of the Popes’, built between 1335 and 1352) – “Nobody really said anything about us skating (around the town),” reassures Ostrander.

“We ended up skating this really old looking spot, it was hard but looked pretty amazing. They have marble sidewalks so just cruising around the city was pretty cool,” adds Candon.

It’s a quick trip for them before heading to Barcelona – Ostrander himself can’t quite remember the demo, “which one was Avignon?” he asks when we catch up on their next stop in Barcelona. But all he has to do is look on Instagram, where local skaters have paved the #SupraChino hashtag with pictures of themselves posing with the four team members on the day of the demo. Smiling, smoking weed and skating as the locals grab stickers, shirts and boards for the boys to sign. “A lot of kids were there so everyone did their best to skate and have a good time, it ended up being a really good day and everyone seemed hyped,” says Candon, laughing as he adds, “There’re ‘local heroes’ in every town – they were killing it. It’s like the guys who come to the skate park (and) are even better at skating than you.”