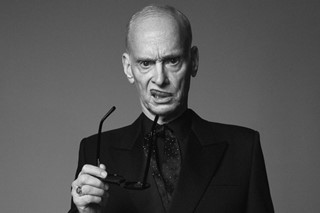 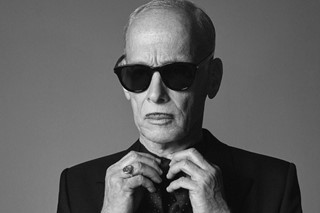 When John Waters promised to donate the bulk of his personal art collection to the Baltimore Museum of Art back in November 2020, he had one condition: that the museum would name its bathrooms in his honour. A year later, he has unveiled “The John Waters Restrooms” in a private reception with the trans activist (and Pink Flamingos “flasher girl”) Elizabeth Coffey.

Consisting of four separate rooms and a communal sink area, the bathrooms (Waters Closets?) are designed with privacy in mind, because not everyone has the stomach for the Baltimore filmmaker’s onscreen antics. “Public restrooms make all people nervous,” Waters told guests at the unveiling. “They’re unpredictable. They’re also fueled by accidents, just like my favorite contemporary art.”

Besides the characteristic toilet humour, however, Waters had a more important message about transgender rights to deliver at the opening, discussing the decision to make his bathrooms the first gender-neutral bathrooms at the BMA.

Initially, there were no plans to make toilets all-gender, he said: “My deal was just that the bathrooms would be named after me.” However, the decision “just naturally evolved” after the original announcement, which coincided with the construction of facilities near the museum’s new Marder Center.

“When I heard the new restrooms could be remodeled for all genders, I was even more excited,” Waters explained. “I could be part of a much-needed public elimination upgrade. Finally, we could all go to the bathroom together in full privacy. That’s what I call progress!”

Coffey also acknowledged the serious impact of introducing gender-neutral bathrooms. “Other than the joy and the fun we’re sharing tonight, there are a lot of people that, in many, many places, are driven out of a place where they just want to go to the bathroom,” she said. “Can you think of anything any more elementary than just going to the bathroom?” To mark the opening, she also became the first person to use the new bathrooms, at Waters’ request.

In exchange for the dedication, Waters has pledged to donate a collection of 372 artworks to the Baltimore Museum of Art after his death. The collection spans photographs and works on paper by more than 100 artists, including Nan Goldin, Andy Warhol, Catherine Opie, Diane Arbus, and Cy Twombly. Waters was also appointed to the museum’s board of trustees in August this year.

Take a closer look at the opening of “The John Waters Restrooms” below, and revisit Dazed’s rundown of the Baltimore filmmaker’s filthy and fabulous influence on fashion here.