Treat murder as an occasion to dress up: as the BFI prepare for their new John Waters season, we look at back at the inimitable style of its lead 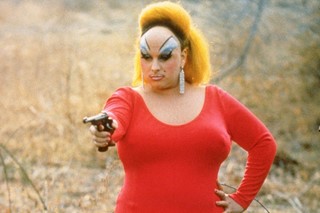 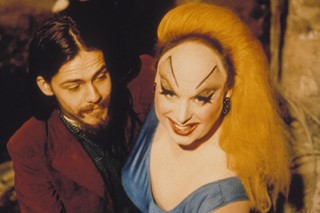 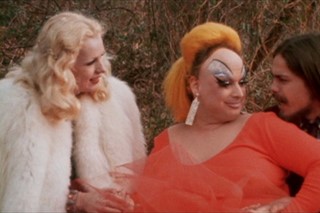 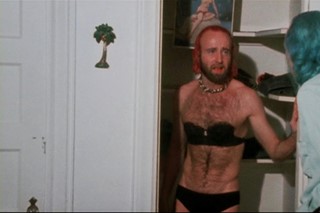 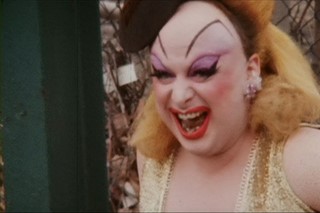 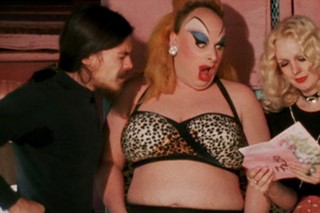 Roleplay is a new column that explores the iconic style of a cult film character. Visit this page to keep up with the latest features.

In the flick, Divine and her gang of outsiders do battle with the bespectacled Connie Marbles, the baby farming toe-sucker with a flame red dye job and pervert husband, a blue-haired flasher called Raymond. They’re competing for the tabloid title of the Filthiest People Alive – and things get ugly. Throughout, there’s one thing that stays perfectly on point: Divine’s sense of style – and those infamous, sky-reaching eyebrows. To celebrate the approach of John Waters season at the BFI, where the cinema will be showing every single one of his films, we take a look at the style lessons we can learn from the one and only Divine.

SEE THE STREET AS YOUR CATWALK

Divine may be undercover as the trailer-living Babs Johnson, but she isn’t the type of girl to let circumstances stop her from getting “all dressed up and ready to fall in love!” Her look for a simple trip to the butchers (where she promptly shoplifts some meat, hides it up her skirt and proceeds to the lawn of a stately home to squat down and relieve herself) is a chic 60s style day dress she pairs with some slip on heeled mules and a fur stole. In a scene filmed by Waters from a passing car, she struts down the Baltimore street, totally unfazed by every single head turn or gawping pedestrian.

LOVE YOUR BODY (AND YOURSELF)

“Do you believe in God?” a foolish journalist asks as Divine gives a murderous press conference. “I am God!” she exclaims in response, and she certainly believes it. She may endorse murder, kidnap and all around filthiness, but Divine’s every move is an act of self love – getting sent some excrement in a box with a note addressing her as fatso is simply an insult against her own “divinity”. From her hair to her breasts, every aspect of her appearance is larger than life – and she isn't afraid to show off her curves in figure-hugging gowns.

DONT BOTHER WITH THE NATURAL LOOK

When it comes to cosmetics, Divine is no shrinking violet. Her eyebrows are angled and extend halfway up her forehead (as does her blue eyeshadow), her cat eye wings are black and dagger sharp and her lips are overdrawn and painted. Her hair sits in a towering yellow bouffant, roots unbleached. It’s a strong, pretty intimidating look – and that’s the point. Divine knows her own style, and isn’t about to change it to suit anyone else.

TREAT MURDER AS AN OCCASION TO GET DRESSED UP

“Oh my God, what a horrible photograph. My first wanted poster and I look just awful.” There’s nothing worse than a bad press shot – to right that wrong, Divine makes sure to get glamorous for the film’s climactic scene where she invites a gang of journos to document her latest filthy endeavor – the murder of her rivals. In a tight red dress with an explosion of tulle fishtail, dangling crystal earrings and the ultimate accessory for girls who mean business – a handgun, she ensures the evening news will get just the picture she wants.

BE GLAMOROUS EVEN WHEN YOU’RE GETTING YOUR HANDS DIRTY

The film’s closing scene is the one that would cement Divine’s legacy. We’ll spare the details, but let’s just say: in her gold lurex top, and artfully perched mini beret, she shows that it’s worth making an effort to look good for every occasion. Yes, every occasion.