This weekend, the LGBTQ+ community came together to demand justice, liberation and equal rights for trans+ people 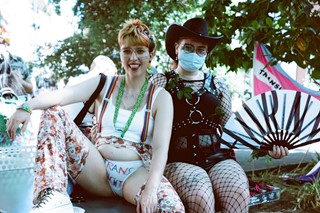 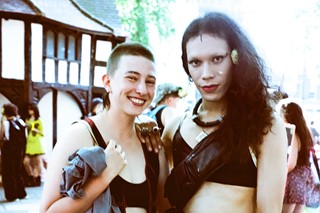 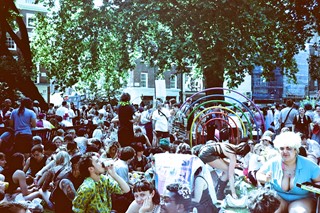 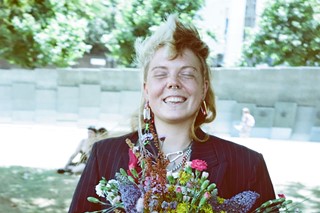 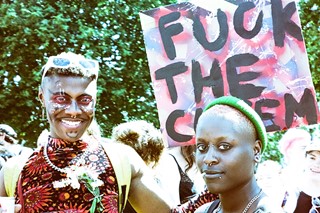 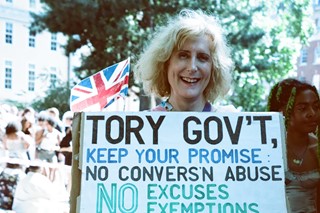 This Saturday (July 9), thousands of people – estimated over 20,000 – took to the streets of London to march for trans rights. Now in its fourth year, the annual London Trans+ Pride is both a celebration and a protest, a space to express joy and solidarity, as well as rage and pain.

The march comes in the wake of a series of legislative blows to the trans+ community. Last week, the UK government moved to curb the sole use of gender-neutral facilities in public buildings – a blatant “anti-trans dog whistle”, said Cleo Madeleine, communications officer at trans NGO Gendered Intelligence. While earlier this year, it was announced conversation therapy would be banned for lesbians and gay men, but not trans people.

Shoulder to shoulder, from Wellington Arch to Soho Square, London’s queer community and its allies marched to demand equal rights for trans+ people, better access to healthcare, and legal recognition for non-binary, intersex and gender nonconforming people. They marched in response to the injustices that trans+ people face daily, all over the world.

Chanting “Trans rights are human rights” and “No L without the T”, the crowd carried flowers, flags and signs as they made their way through central London. Once arrived at Soho Square, they heard speeches from across the community, including trans activist Charlie Craggs, Heartstopper’s Yasmin Finney and Kae Tempest.

Reporting from the ground, Dazed photographer Eerie was there to capture the moment. See the images in the gallery above.