Cleo Madeleine, communications officer at trans youth charity Gendered Intelligence, tells Dazed about the problem of trans conversion therapy and what can be done to fight it

Yesterday, following a dramatic U-turn, the government confirmed that it would continue with its plans to ban conversion therapy (after announcing earlier in the day that it was dropping the legislation entirely). But there was a catch: the practice would be banned for lesbians and gay men, but not for trans people.

Initially, documents leaked to ITV had made it clear that the government was abandoning the proposed ban, despite having promised to enact it in 2018, and was instead looking for non-legislative ways to stop conversation therapy (a practice defined by NHS England as any attempt to change someone’s sexual orientation or gender identity). This news, later confirmed by a government spokesperson, was met with intense criticism by LGBTQ groups and MPs, which is presumably what led to the U-turn yesterday evening. The announcement that trans people are due to be excluded from the legislation then prompted a second backlash: Labour MP Nadia Wittome said it was “still not good enough [...] LGB comes with the T, and the Tories are not on our side”, while conversion therapy survivor and activist Jayne Ozanne described it as “ludicrous” and a betrayal of the LGBTQ community as a whole.

Critics of the proposed legislation have claimed that Britain is so liberal that conversion therapy isn’t a major issue and can be handled under existing legislation. But this couldn’t be further from the truth. The National LGBT Survey (published in 2018) found that trans and non-binary people are significantly more likely to be subjected to conversion therapy than their cis gay counterparts. What’s more, trans people are particularly likely to be offered conversion therapy in healthcare settings. “If you look at the data we have,” says Cleo Madeleine, communications officer at trans youth charity Gendered Intelligence, “you can see that about five per cent of all LGBTQ+ people will be offered conversion therapy, and two to three per cent will be subjected to it. For trans people, these figures are substantially higher. These might seem like small figures, but given the total LGBTQ+ population numbers millions, we are talking about hundreds and thousands of people.” For those who are subjected to conversion therapy, there is very little recourse, beyond voluntary or third-sector organisations. According to Madeleine, research has shown that conversation therapies often act as a pipeline to more severe forms of abuse, such as entrapment, sexual and physical assault, and aversion therapy (a practice that involves the repeated pairing of unwanted behaviours with discomfort). “What we’re talking about is exposing young marginalised people, often people of colour, often people of faith, to violence,” she says. “That’s not an exaggeration or a political gotcha, it’s what is statistically happening.”

Some anti-trans groups have campaigned for a ban on gay conversation therapy while at the same time arguing that trans conversation therapy should be exempt. This is based on the idea that the two practices are qualitatively different. But this isn’t the case. “How much traction this argument is getting is a serious concern of ours, because it’s really insidious,” says Madeleine. “Yes, gender identity is different from sexual identity: you can be trans and not gay or gay and not trans. This is obvious. But if you look at the British Association of Counsellors and Psychotherapists memorandum on conversion practices, they very clearly state that what’s important isn’t the sexuality component. The key thing about conversion practices is that they’re an attempt to try to suppress or change someone’s essential identity. This applies to both gender and sexuality.” Often, the groups which are defending trans conversation therapies claim to be speaking for the ‘LGB’ people, but in practice, their support almost entirely comes from outside the community, and often from people who hold conservative views on gender. 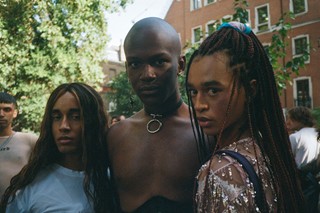 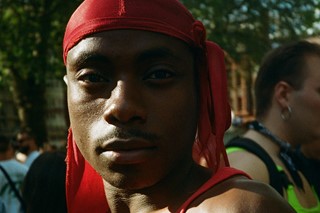 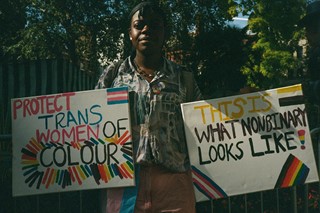 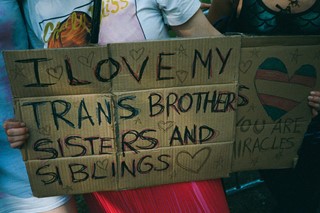 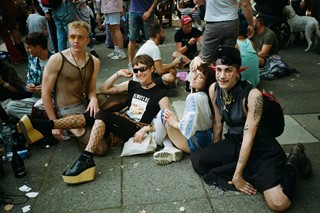 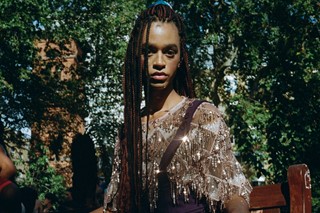 The announcement yesterday – that the government would discard the conversation therapy ban entirely – came as a shock to many people working in the sector. “But that’s sort of a ‘fool me once’ thing,” says Madeleine, “because the government has a track record of abandoning plans related to LGBTQ policy. We’ve seen them abandon the Gender Recognition Act reform, the LGBTQ Action Plan and the LGBTQ advisory group, alongside being incredibly slow to enact any kind of progressive healthcare reform.” But what was really surprising about yesterday’s events was the fact that the Prime Minister’s office appears to have gone behind the backs of the Equalities Office, who are responsible for LGBTQ issues and had committed to the legislation. The leaked document even warned that equalities minister Mike Freer could be prompted to resign by the change in policy. Essentially, one faction of the Tory government has stabbed another in the back. According to Madeleine, it’s clear that neither Freer nor Liz Truss, the women and equalities minister, had been briefed prior to the document being leaked.

In backtracking on its pledge to abolish conversion therapy, the government is going against its own findings, which have proven beyond all doubt that the practice is harmful. “Not only have we had written confirmation from them that trans-inclusive conversion therapy legislation will go ahead, but they have repeatedly acknowledged that conversion practices lead to both loss of well-being and loss of life,” says Madeleine. “So for them to turn around and treat it as a cosmetic lobbying issue that’s easy to drop displays quite a shocking level of callousness.” In recent few weeks, there has been a marked increase in anti-trans rhetoric within the media and political establishment. Whether it’s interviewers demanding to know whether politicians think that women can have a penis, or Boris Johnson opening Prime Minister’s Questions with a transphobic joke, there seems to be an escalation of an already hostile atmosphere.

The fact that this happening alongside a cost of living crisis, which is already making life harder for many people, isn’t incidental. “We are currently seeing a cynical use of trans issues as a political football to distract from other issues,” says Madeleine. “I think it’s no coincidence that Boris Johnson’s remarks at PMQs the other week came almost immediately after the first wave of ‘PartyGate’ fines coming out. This is a pattern that we’ve seen for a couple of years, and if we look back to the 80s and the 90s: both the AIDS epidemic and Section 28 were used in similar ways. There is a real track record of the establishment using LGBT issues, and particularly now trans issues, to draw fire from other controversies. The cost of living crisis is really about to bite – and everybody’s talking about transgender people.”

Whether this applies to the conversion therapy debacle is a little more ambiguous. According to Madeleine, the leak wasn’t well-timed for the government. ITV’s Paul Brand has it came from a source who wasn’t supportive of the government, meaning it was unlikely to be part of some Machiavellian power play on behalf of the prime minister. But still, there is a distinct possibility that we will see a Tory leadership crisis soon, and this could be a way of setting the stage for trans issues to become a hot-button issue. Up until now, Boris Johnson has been relatively quiet on trans rights, but it’s possible he will take a stronger stance as soon as it becomes politically expedient to do so.

For trans people, the conversion therapy U-turn is just the latest in a long line of hostile moves from the establishment. But the fight isn’t over. “Despair and division are the government’s weapons of choice against us,” says Madeline. “Understandably, a lot of people are very afraid, and some of us are quite divided. But I want to say that Gendered Intelligence, and I’m sure I can speak more broadly for the community when I say this, will continue to fight conversion practices, with or without the support of the government. We’re going to keep on campaigning until we see an end to this.” If you know someone who might be vulnerable to these practices, or if you feel you’re in danger yourself, you can reach out to organisations like Galop and the Ozanne Foundation, while Gendered Intelligence is there to support young trans people. “This news is going to feel really demoralising, and isolation for a lot of people,” concludes Madeleine. “But we really do want to try and keep the hope alive.”