Thousands of activists have gathered in the UK to voice support for American demonstrations, and to highlight UK-based racism and police brutality 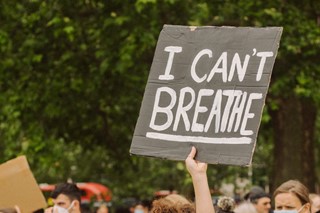 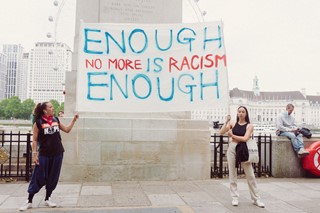 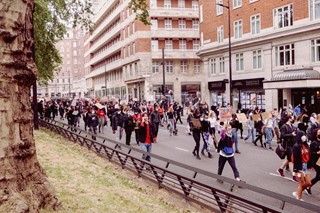 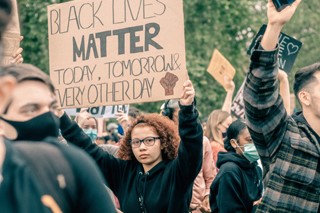 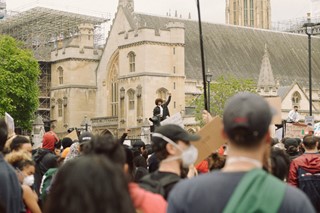 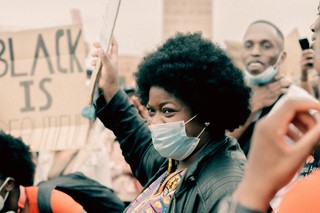 In solidarity with the ongoing protests in cities across America, thousands of activists took part in a London march organised by Black Lives Matter June 3. While paying tribute to George Floyd, as well as other victims of police brutality in the US, the London demonstrations also highlighted the fact that the UK is not innocent.

After gathering in Hyde Park, the protesters marched through central London to Victoria Station, to honour Belly Mujinga, the black railway worker who died from coronavirus two weeks after being spat at by a man who claimed he was infected. A sign was hung at the station reading “Justice for Belly Mujinga”. (Last week, police dropped their investigation of the attack, after claiming that it was not linked to Mujinga’s death.)

Protesters then continued to Westminster, where there were some clashes with police, and blocked off roads near Parliament. Two people are confirmed to have been arrested, although penalties for not adhering to coronavirus lockdown restrictions were suspended.

Chants and placards included the names of past victims of police brutality or other racist attacks in the UK – including Sarah Reed, Rashan Charles, Mark Duggan, and Mujinga – as well as the slogans “Black Lives Matter” and “the UK is not innocent”. The Windrush scandal was also reportedly a topic of conversation among speakers.

tearful and harrowing speech from a relative of Belly Mujinga who thanks everyone for coming and pleads for justice. “justice for belly, she doesn’t deserve this” pic.twitter.com/MFyLzEc6ME

Many other demonstrators memorialised George Floyd through some of his heartbreaking final words – most notably: “I can’t breathe” – spoken as he was pinned to the ground by his neck for almost nine minutes by a police officer, the 44 year old Derek Chauvin, in Minneapolis May 25.

During the gathering in Hyde Park, the actor John Boyega also gave an impassioned speech to protesters, saying: “Black lives have always mattered. We have always been important. We have always meant something. We have always succeeded regardless. And now is the time. I ain’t waiting.” Boyega was also moved to tears as he delivered an intersectional message about taking care of black women.

Today’s demonstrations aren’t the first to be staged in London to display solidarity with US protests. Thousands also joined anti-racism marches in London, Cardiff, and Manchester on Sunday. Cities in countries across the world, including Germany, Canada, Australia, Israel, Mexico, and Nigeria have seen similar responses in the wake of Floyd’s death.

Read guides on safely protesting racism during the pandemic and how to support Black Lives Matter if you can’t attend the protests on Dazed here.