Climate protests, selling nudes, and celebrity appeals are helping residents and firefighters on the ground

Australia is ablaze. Images across the internet show countryside under blood-red skies and cities shrouded in smoke. At least 24 people have died since a wave of bushfires began in the country last September, the BBC reports, and estimates show that almost half a billion animals have been killed.

These devastating numbers come with accusations of widespread neglect, not only towards Australian PM Scott Morrison – though his slow response has been a notable target – but also at world leaders of past and present generations, who have facilitated a dramatic shift in the earth’s climate.

Largely, it’s because of these leaders, their short-sightedness and denial of responsibility, that people in Australia and across the world have had to step in and do what they can to fight the blaze themselves, and to try to avoid a similar disaster in the future.

Here’s a breakdown of who those people are, what actions they’ve taken, and what you can do to help.

Obviously, the main people deserving of recognition for their actions during the fires are those directly affected by them, both physically and mentally. Videos across social media have given the rest of the world an insight into the heroic acts of residents rescuing pets and koalas as they flee their homes, or (often volunteer) firefighters with the seemingly impossible task of containing the flames. Some of these firefighters and residents have also become voices of protest against Morrison’s handling of the fires. 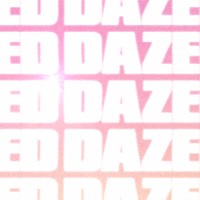 This is how fast the fires are moving in Australia, more help is needed, every country that can help should! Video from Imgur. These videos are coming from the firefighters trying to contain it! It’s heartbreaking! #AustraliaIsBurningpic.twitter.com/6G2RVGKFFY

PROTESTERS HAVE ALSO TAKEN TO THE STREETS

Back in early December, thousands rallied in Sydney to demonstrate against the government’s inaction on the bushfires and the loss of air quality across swathes of the country. Protesters wore face masks and asked the government to acknowledge their responsibility in failing to combat global warming.

“Firefighters put out fires. Politicians put out policies and budgets,” the NSW secretary of the Fire Brigades Employees Union told The Guardian at the time. “We’ve got our job, they need to do theirs better.”

Another protest, which will similarly address the need for urgent, top-down change, is scheduled for next Friday, January 10. The event post lays out demands including pay for all firefighters, relief and aid for affected communities, and a transition away from fossil fuels.

CLIMATE ACTIVISTS AND CELEBRITIES ARE STEPPING IN TO HELP

Reliably, Greta Thunberg has spoken out on Instagram to spread awareness about the fires and denounce the continued lack of political action despite the objectively awful facts and figures. Fellow environmental activist – and co-chair of Earth Alliance, an organisation that helped fight the Amazon rainforest fires – Leonardo DiCaprio has also shared Thunberg’s post.

Also picking up the slack from the world’s business, tech, and political leaders are a variety of other celebrities. Many, including Lizzo, Nicole Kidman, and Natalie Portman, have highlighted the activism of Australian comedian Celeste Barber, whose fundraiser has earned over $22 million. Others, such as Troye Sivan, Gigi Hadid, and Millie Bobby Brown, have directed fans towards charities like the Australian Red Cross and Port Macquarie Koala Hospital, which has expanded its rescue and conservation attempts following a massive response.

PEOPLE ARE EVEN PITCHING IN BY SELLING NUDES

On social media, many sex workers and NSFW performers have pledged to give away free nudes or OnlyFans subscriptions in exchange for proof of donations to aid charities. One Twitter user says she’s raised over $100,000 by doing this, with many others reporting donations in the thousands.

We’ve successfully raised over $100k for the Australian Wildfires. I suspect that with all the DMs I have yet to read that atleast $200k or more was raised. Unfortunately at this time I can’t possibly answer any more DMs so if you didn’t get your photo I am extremely sorry.

Selling nudes online has never been so charitable. On the other hand, you know things are really fucked up when selling nudes online does more for the planet than the governments that helped get us in this state in the first place.

Elsewhere on social media, there have been a lot of other heartwarming messages from (more SFW) small businesses giving away large portions of their upcoming profits to support Australian charities.

You can also donate to help fight the ongoing fires through the Red Cross – which helps communities “prepare, respond and recover from disasters” – and charities such as the RSPCA or the WWF, or directly to various local firefighting services.