An exhibition at the Modern Art Oxford presents 92 of Robert Mapplethorpe's Polaroid photographs taken during his formative years. 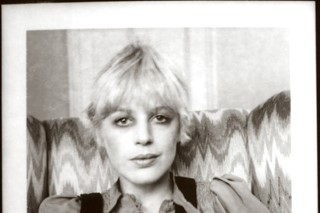 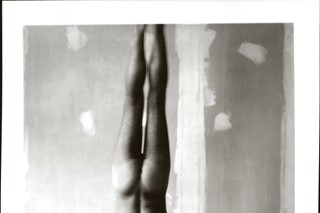 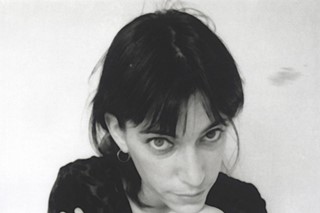 The Modern Art Oxford presents 'Polaroids: Mapplethorpe', the early instant photography of Robert Mapplethorpe (b.1946, d.1989). The exhibition of 92 Polaroids, selected from a body of over 1500, taken between 1970 and 1975, offers a compelling insight into the controversial photographer’s formative years and the development of his artistic identity.

Mapplethorpe first started taking images with a Polaroid camera he borrowed from Sandy Daley, a filmmaker. He quickly embraced the gay fashion, lifestyle and culture from the early 1970’s and started taking photographs for his homoerotic collages. Yet, from the very beginning, he also photographed Patti Smith: lover, friend and muse. His photographs of her are like an exploration of their complex relationship and their own selves. Sometimes vulnerable, sometimes tough, sometimes pensive, sometimes defiant, Smith was both inspiration and mirror, their work becoming a mutual collaboration that exudes intense intimacy.

The immediacy of the results and the small size of the prints were the primary appeal for Mapplethorpe. The medium reflected the fast speed of the times, enhancing interaction, spontaneity and freethinking. He became an expert in composition, suggestion and the use of natural light by playing with the depth of field, throwing the foreground out of focus, framing silhouettes delicately, creating diagonal poses spilling out of the frame, or softening the blacks and whites in a melancholy way.

The images taken of Sam Wagstaff, later lover, benefactor and mentor, reflect the explicit admiration and intimate connection with his lover, as opposed to Smith’s images, which are rarely sexual or lustful. From shaving in the bathtub to sexual scenarios, he was paying now more attention to the action than the lighting or composition as he used to. He was therefore using the camera as a channel for experience, as a document of lovers’ diaries.

Mapplethorpe would entertain and photograph the bodies and faces of the men, women, gay or straight, that he would meet at parties. At times explicitly sexual, they range in tone from tender to provocative. His Catholic upbringing would influence him to mix the sacred and the profane, sexualizing the spiritual and expressing this contradictive devotion through portraits of his lovers in religious iconographic poses or posting crosses over the images. A particularly interesting series is the silent film of kissing couples, with tender, tense, aggressive or passionate approaches, all highlighting the physical feeling and the self-consciousness of the action.

Through contacts with curators, Mapplethorpe gained access to the social circle he was looking for. He shot portraits of celebrities, society snapshots to self-portraits, classical nudes, provoking sexual acts… and although during the 1980s, his focus shifted to exploring more formal codes of classical beauty, with flowers and still lifes, as well as statuesque male and female nudes, portraiture became the central point of Mapplethorpe’s career and the best means of earning a living. The portrait of British singer and songwriter Mariane Faithfull is a good example of Mapplethorpe’s ability to catch the clash between the inner complexity of the subject and their physical softness. There is an unexpected tenderness and vulnerability, an aura of Victorian refinement mixed with a strong and deep personality exuding from within the frame.

With the Polaroid shots, Mapplethorpe not only revealed the evolution in his thinking and seeing but also a unique spontaneity that defined his artistic persona and his psychological identity. Polaroid provided immediate gratification, but more important, they allowed him to penetrate the subjects’ appearances and minds as well as to shape himself as an artist and as a man.